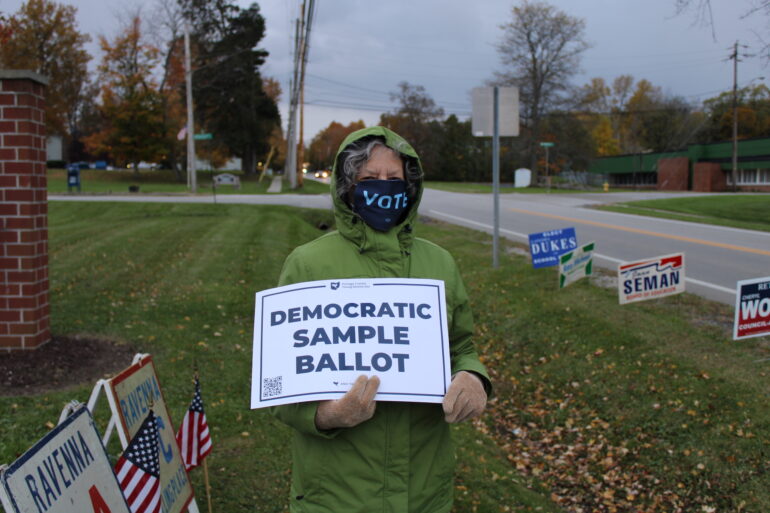 Despite a fresh cast of school board challengers energized by racial equity and Covid issues, Portage County voters largely opted for familiar names in the Nov. 2 election, letting incumbents keep their seats in Ravenna, Rootstown, Aurora, Waterloo and elsewhere.

Nick DeJacimo in Southeast schools and Andrew Gibson in Streetsboro were the only sitting board of education members to lose their races to challengers.

Voters also approved school levy renewals in Aurora, Crestwood, Maplewood, Ravenna and Streetsboro. Only the Waterloo levy, a 1% earned income tax, failed, by a vote of 1,200 to 1,064.

In Ravenna, Patricia A. Dennison, Joan Seman and Mike Tontimonia will remain on the board, winning by a large margin over four challengers who said they were running as a way to be more involved in the community.

The Rootstown Board of Education, which weathered a student discipline controversy last year and canceled a candidate forum at the last minute, will retain Paul McEwuen, Craig Mullaly and Tom Siciliano while adding Jennifer Curall.

“I’m conflicted because the school board canceled that candidate thing,” said Rootstown voter Jessie Pauley. “Hearing what they say versus what they type on social media are two different things. Do I feel confident in my vote? No.”

Another Rootstown voter said they voted for incumbents on the basis of name recognition.

“We need to get away from the boys’ club, so I’m hoping some new younger faces will make some change,” voter Deanna Egli said.

The failure of the Waterloo levy — the sixth consecutive rejection — leaves the school district in a dire position financially.

“If it doesn’t pass, we are going to have to ask for a greater amount, whether that be a higher property tax in the 9.75 mills or a 1.25% earned income tax,” Waterloo Superintendent Angela Terella has said.

Some comments from residents in the district indicate the strategy of levying an income tax rather than a property tax is a non-starter.

“It’s an income tax levy. I mean, come on, you already got my property tax. It’s like double dipping,” said one voter in Atwater who declined to give their full name. “That just doesn’t seem right, doesn’t seem fair.”

Randolph Township Trustee Susan White, who won an uncontested re-election on Tuesday, said a property tax may have a chance of passing. With other property taxes expiring in 2023, the total amount residents are taxed “would be almost a wash” after two years.

“Since Ohio is going to continue illegally funding our schools … we need to do something now for the children in our community,” she said.

She added: “It is my belief this is not a community that wants an income tax. However, we are a community that has a great deal of pride in our children. With the superintendent being an expert in curriculum and with her outgoing personality, we are on our way up with more success than in the past, I believe. Once people see it, the levy will pass.”