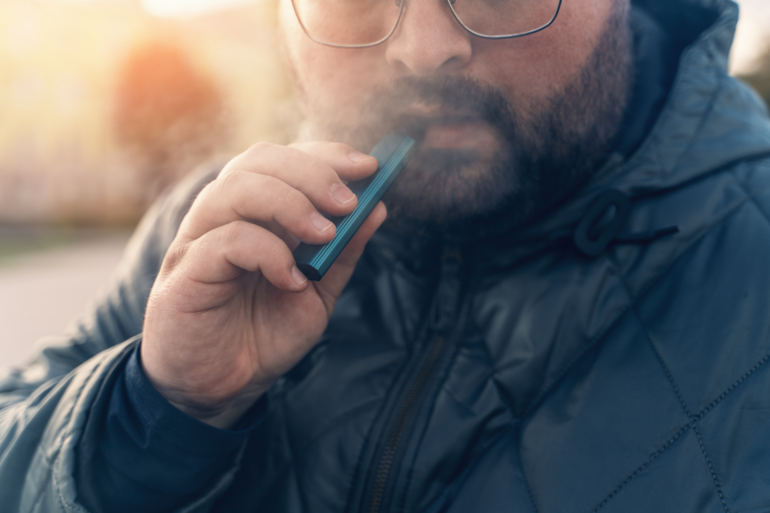 The City of Kent will begin requiring all retailers of tobacco products to apply for a license with the city in an effort to curb the sale of vape products to underage people.

Kent City Council voted seven in favor, one against and one abstained to establish the tobacco products licensing program, which will go into effect after the minutes of the July 20 meeting are approved next month.

The program will require vendors seeking to sell tobacco products to apply through the Kent Health Department for a license to do so. The license will cost $400 a year and will allow the health department to exercise greater oversight over the sale of tobacco products and to hold vendors who sell to underage people accountable.

Kent is the 15th jurisdiction in Ohio to adopt such a licensing agreement for tobacco retailers.

While the license requirement applies to all tobacco products, its focus was clearly on the issue of youth vaping.

Council Member Gwen Rosenberg argued that the city needed to take concrete steps to increase oversight of the sale of vape products to ensure vendors are not selling them to children.

“If I were going to make a chicken sandwich in this town, I would have to have a site review plan from our health department,” Rosenberg said. “I would be inspected based upon the level of danger that my product posed. So to have a completely unregulated industry which has consistently been marketing to children, our own Kent children, asking them to pay [for] a permit and have spot inspections to make sure they aren’t selling to kids, I think is completely reasonable.”

“[Vendors] who are already participating and doing well, they might welcome this opportunity to level the playing field,” Shaffer Bish said. “This helps people. It helps to elicit good behavior, which in this case is to not sell a product which is going to be harmful not just to individuals but to our society when they aren’t of age to make that decision.”

Health Commissioner Joan Seidel said they have not set a deadline for vendors to be licensed, and she said the process of educating owners and employees about the new program could take one to three months.

“We have 28 vendors we need to meet with. All of them have different hours of operation. We want to make sure we can meet them where they are,” Seidel said. “Though the fine goes to the operator, we want to meet the people actually making the sales so they have the education and the understanding.”

An important part of the program will be the unscheduled checks the health department will conduct to test if licensed vendors are refusing to serve individuals under 21.

The health department will actually take on underage volunteers who will attempt to make an illegal purchase. These “decoys” will be used to fine and further punish vendors who do not check their IDs or sell to them anyway knowing they are underage.

“We need to have actual underage people to go in and attempt to purchase these products, and they will be accompanied by a health department official to confirm either the sale went through or service was denied,” Seidel said.

Punishment for failing these compliance checks will start with fines, but repeated failures could lead to the revoking of the tobacco sales license.

John Kuhar, council member for Ward 4, asked why the Kent police could not enforce the ordinance banning under-21 sales. Police chief Nick Shearer explained that the ordinance provided only for a civil penalty, so his department had no ability to enforce fines or other punishment.

Kuhar was the lone vote against the ordinance, arguing that charging small businesses $400 was unfair and that the law would not guarantee the end of underage vaping.

“We’re punishing people that aren’t doing anything wrong,” Kuhar said. “We allowed ordinances that made it illegal for young people to get these products. I don’t know what kind of a job we’re doing of enforcing them, but the kids are still getting them.”

Seidel explained to council that while the sale of tobacco products to people under 21 is illegal in Kent, her department has very little recourse to fine or punish vendors who do so.

“There can be fines, and we have asked for them, but they have not been pursued through legal means,” she said. “This would make it more structured in terms of: If you sell to underage, we would definitely have the backbone to enforce.”

“The main point here is I think we are being consistent,” Council Member Roger Sidoti said. “We expect people who sell alcohol in our community to be licensed. We expect people who sell food to be licensed. This is just consistent in that if you sell tobacco in our community, you are going to be held accountable for enforcing the laws. And if you violate them, you will be fined.”