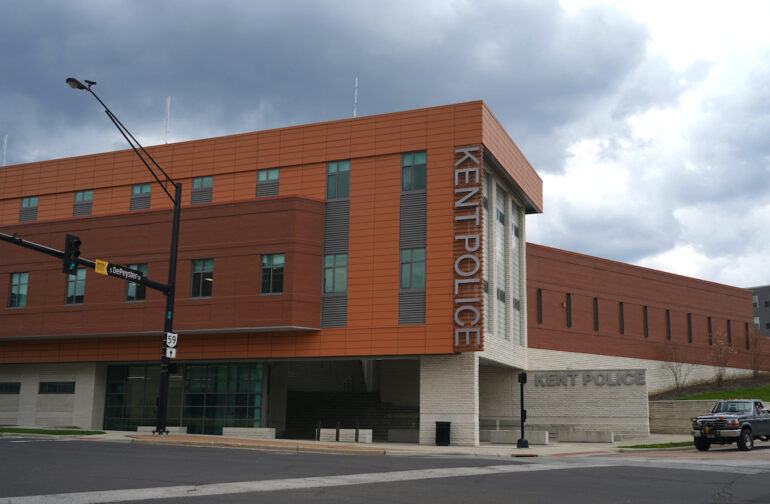 Kent City Schools will maintain the presence of a Kent city police officer in the district after city council extended its contract for the program through June 3, 2023.

The presence of a resource officer in Kent City Schools came up at council’s Aug. 3 committee meeting when Police Chief Nick Shearer asked council members to accept a proposal from the school district to extend the contract.

In that meeting, some members of city council asked if the program would be funded by any state or federal programs, but Shearer said the funding would come from the city.

“Based on what’s been happening and the focus by some that they want to secure buildings, it would seem to me that that would be something they would have advanced,” Council Member Robin Turner said. “If you want teachers carrying guns I would have to assume there is a high probability you’d want trained officers.”

Shearer agreed it would be better to receive funding for the program from the state or federal government, but there were fewer dollars available because of a decrease in the number of school resource officers nationally.

“Unfortunately we’ve more recently seen a trend in the opposite direction,” Shearer said. “With some of the stuff that happened in the kind of post-George Floyd era and police reforms, we saw a lot of schools go away from resource officers, and they haven’t really started coming back yet.”

Late last year, Ohio Attorney General Dave Yost announced $11 million in safety grants would be made available for schools to pay for such expenses as resource officer certification and active shooter drills. That announcement did not say whether the funding could be used to pay for an existing resource officer program.

“I’d like to call this a ‘Fund the Police’ as opposed to the ‘Defund the Police’ movement that’s gone out,” Council Member Garret Ferrara said. “This is a great example of how our police force can build bridges between young people who are impressionable. And if you have ever seen the resource officers at the schools, they do a fantastic job.”

Ice rink will return this winter

City council also voted to share program funding with another educator in town, Kent State, on a less serious project.

The City of Kent and the university jointly applied for a special event application to erect an ice skating rink in downtown Kent. The city has held this event for the last two years, but this application will make it a yearly event.

The event will close Erie Street between Haymaker Parkway and Depeyster Street from Nov. 2 through March 15 and will be held between those days every year.

The event application was approved 8-1. Only Council Member Tracy Wallach voted against it.

“I am voting against it just because we need to start acting like global warming is a reality here and start reigning in some of our energy consumption,” Wallach said.

The Kent Planning Commission on Tuesday approved a permit for a medical marijuana dispensary on East Main Street following the state’s award of a license to the company.

The Record-Courier reported that the commission met with business owner James Dulwick about the proposal, but did not hear from several community members in attendance who disapproved of the dispensary opening.

The business, which is operated by Dulwick’s son, will rebrand as Bliss Ohio when it begins operations, and the current Lightly Toasted business will relocate.