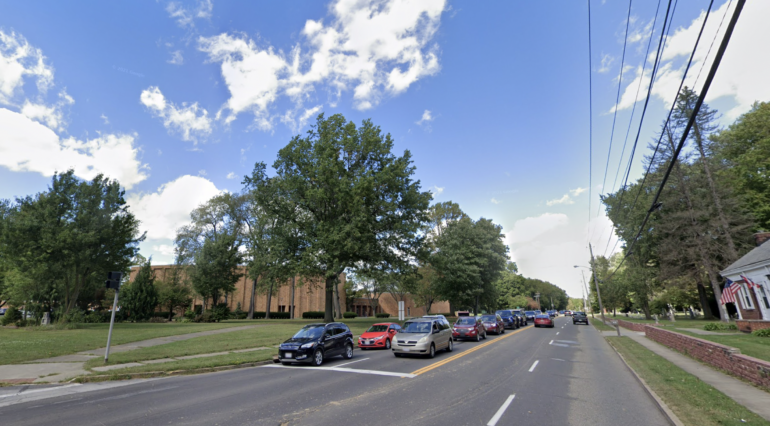 The City of Kent has begun a plan to overhaul the entrance to the city on state Route 43, as part of a joint renovation process with the Kent City School District and Davey Tree.

Called the North Mantua Street Improvements Agreement, the planning process will be headed by City Planner Jim Bowling with input from all three entities, as well as members of the public. Over the next few years, they’ll decide how to renovate 43, which becomes North Mantua Street upon entering Kent.

“We’re pleased to have Davey Tree be a partner with us on this, as well as the school district, in finding a way to use all of our resources to help solve this problem,” Bowling said. “A lot of it includes pedestrian accessibility, their inability to cross the street, as well as vehicles getting in and out of Riverbend.”

Bowling said at Wednesday’s city council meeting that the city did not expect to break ground on any work until at least 2025.

“Davey, and Riverbend, obviously the city and the school system, everyone’s property is in play and everyone’s entrance is in play,” Council Member Roger Sidoti said. “So we needed to formalize the relationship of those entities to allow us to open up the doors and do some planning.”

Bowling said the traffic at the northern entrance to Kent by way of state Route 43 has long been a source of complaints from residents, who are concerned about high speeds and increased traffic.

“This actually goes back to 2002. We’ve seen drawings and conceptual alternatives for how to fix that area,” Bowling said. “So it’s been a long standing problem that we consistently hear concerns about that section.”

The area includes the recently expanded Davey Tree national headquarters, Kent Roosevelt High School and the entrance to the Riverbend Boulevard neighborhood. Also under construction is the Davey Tree training facility across the street from the headquarters, near the site of the former Franklin Elementary School.

Sidoti, who serves as head of the Streets, Sidewalks and Utilities Committee, said his primary concern in the planning process is the safety of residents, particularly students headed to and from Kent Roosevelt.

“As a former high school principal I had some real concerns about kids crossing [at] Riverbend, and I said, ‘Why can’t we put in a light at Riverbend?’ But because of legal issues with distance between the lights we can’t — well, maybe now we can,” he said. “Maybe something, a reconfiguration of all those areas can take place to allow a more efficient and safer way.”

Sidoti also said that the planning agreement presented an opportunity to create a more clear and welcoming entrance to Kent from the north.

“Is there something we could do aesthetically that would make [state Route 43] like a gateway from north to south,” he said. “We don’t know what the traffic will look like, but can we keep in mind the aesthetics of living in Kent, Ohio.”

Council Member Gwen Rosenberg said safety and efficiency should be the main focus of the planners, and that students shouldn’t have to “play Frogger” to get to school.

“It’s in the early stages, but planning ahead for number one safety outside of our high school was obviously critically important,” Rosenberg said. “And we’ve had a big expansion with Davey Tree so there’s been some excitement there, and that can cause changes to traffic.”

The idea of upgrading and beautifying the North Mantua Street entrance to the city has been in discussion for over a decade, Sidoti said. It first came up when he served on the committee to plan the construction of the Fairchild Avenue bridge, which connects North Mantua and North Water Street over the Cuyahoga River.

On a project this large the city often brings citizens and other private or public entities into the planning process. Sidoti compared it to the renovations made to East Summit Street that began in 2016, which were planned jointly with Kent State University, but on which a variety of other entities and citizens were asked for input.

The agreement only calls for planning and designing of a potential renovation to the street, and Bowling said a search for funding would come after that design is approved.

The North Mantua Street improvement itself is still years away, but soon plans will begin to take shape which could completely change the face and traffic flow of one of the main entrances to the city of Kent.