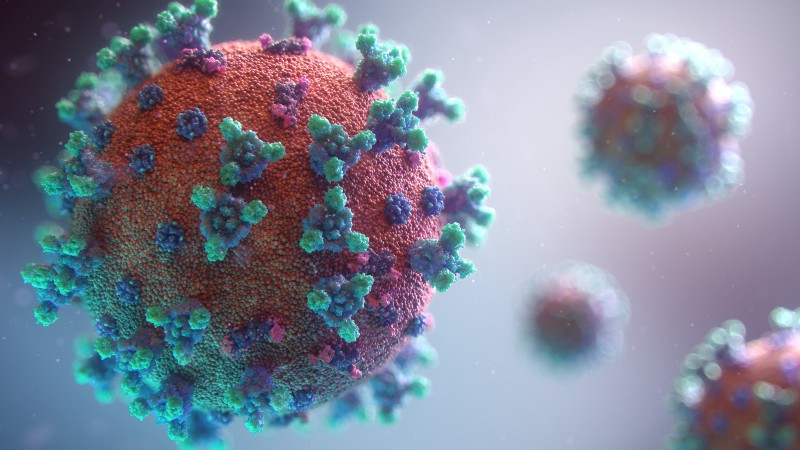 It’s less clear when the general population will get their doses: ‘We would love to see a Covid-free summer.’

Portage County’s frontline healthcare workers will be among the first in Ohio to receive Covid-19 vaccines when the state begins distribution, which is expected to happen before the new year, said Portage County Health Commissioner Joseph Diorio.

In a press briefing last week, Diorio said the vaccine could be available to the general public in February or March. But in an interview Tuesday, he said he could not estimate when the general public could get vaccinated because of limited supply and the necessary prioritization of frontline healthcare workers and other vulnerable populations.

The Portage County health department has so far only discussed vaccinating those in the “Phase 1A” designation, he said, referring to the highest-priority populations as defined by the Ohio Health Department.

“With this prioritization right now, we’re looking at relatively small numbers versus our 162,000 population in Portage County,” Diorio said.

Pfizer’s vaccine is slated to begin its FDA approval process on Dec. 10, Arredondo said. That process could take anywhere from one day to a couple weeks, but he said he hopes the vaccine will be distributed within 24 hours after approval.

“We would love to see a Covid-free summer of 2021,” Diorio said. “It’s going to depend on how quickly we can get the vaccines out when they become available.”

But unanswered questions loom over that possibility, Arredondo said. Whether those who get vaccinated could still spread the virus remains unclear, so he said masks and physical distancing should remain a priority into the foreseeable future. He said the county could gain herd immunity with at least 70 percent, or ideally 90 percent, of the population vaccinated. But even if we were to achieve that, he advised against large gatherings until we better understand the vaccine’s limitations.

“We continue to see daily increases every at our agency for positive results,” Diorio said. “And I believe the hospital is preparing for that as well: to see sustained, if not increased, numbers over Christmas, over the next few weeks, and into the new year.”

In response to those increases, limited test availability and longer wait times for test results, the Portage County Combined Health District released new quarantine guidelines Tuesday. The District advised those who’ve come in contact with the virus but do not show symptoms (excluding those in vulnerable populations) to quarantine for 10 days rather than 14 days without testing after exposure.

According to a Dec. 4 Covid-19 update, the Ohio Health Department plans to initially ship out 9,750 Pfizer vaccines to “pre-positioned hospitals” and 88,725 more to Walgreens and CVS around Dec. 15. The department also plans to distribute 201,000 Moderna vaccines to 98 local hospitals and 108 local health departments around Dec. 22. With limited supply, those hospitals in both the initial and subsequent waves will only receive enough to cover employees directly interacting with Covid-19 patients.

Diorio said the Pfizer and Moderna vaccines have so far shown minimal side effects, typical of many vaccines: fatigue, headache, soreness or redness at the injection site and muscle or joint pain. Both implement a new technique using lab-made fragments of genetic material called messenger RNA, or mRNA, to promote the body’s antibody production. The mRNA contains genetic code for parts of the coronavirus that instructs cells to produce antigens, or copies of that small virus fragment.

While those fragments do not cause Covid-19, Arredondo said they trigger the immune system which responds by creating antibodies, preparing the body to fight off future exposure to the virus.

“Just having the vaccine does not help us get out of the current situation that we are in,” Diorio said. “It’s going to be critical that we have the vaccine available, that we’re able to provide it to our residents of Portage County based on the tiered criteria. But it’s going to be even more important that our residents of Portage County deem it as safe, available and are ready to get that vaccine so that we can return to a more normal pace of life.” 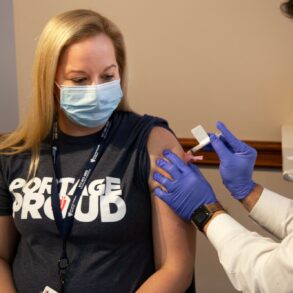