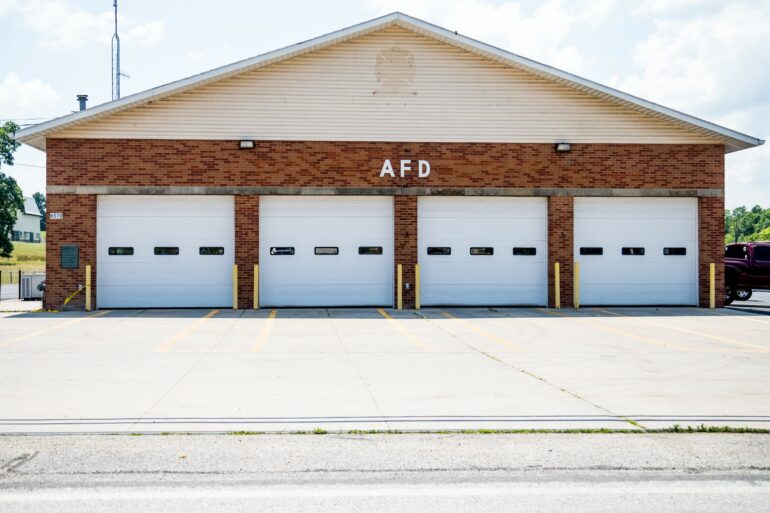 State grants totaling almost $450,000 will help outfit 15 area fire departments with the Multi-agency Radio Communications System (MARCS), a cutting-edge technology that will allow departments to communicate directly with each other.

Ryan Shackelford, director of the Portage County Office of Homeland Security & Emergency Management, said he helped coordinate a countywide effort to secure the grants from the state fire marshal’s office.

The grants are meant to assist jurisdictions with the up-front cost of new radio equipment, and to encourage one type of radio system in Portage County, Shackelford said.

MARCS technology replaces antiquated Very High Frequency (VHF) radios departments have been using even though they are limited not only in terms of interdepartmental communication, but also by terrain and distance, Atwater Fire Chief Tom Nellis said.

Nellis said his $47,461 grant award will be enough to outfit six of the department’s seven trucks and provide some handheld units personnel on scene can use. The grant will also cover a year of monthly tower service charges associated with MARCS equipment.

Nellis said he has applied for the grant before but was unsuccessful because the state fire marshal’s office wants all first responders — police, fire and EMS — to use MARCS technology.

“It’s a much better system, but it’s expensive. That’s why the smaller departments aren’t on it already,” he said.

No matter what their preference, all departments will likely transition to MARCS technology, Nellis said.

Rootstown Fire Chief Charles Palmer Jr. believes the grants were unnecessary. He said he applied for a single MARCS unit, only so his department can communicate with others when mutual aid is needed or requested. Rootstown’s grant total is $2,714.40.

“Our radio system that we currently have works fine. We kept up with the technology, and I can’t see wasting taxpayers’ money to replace a whole system with a new system when the old system works,” he said.

Department communications personnel have successfully tweaked the department’s VHF radios to overcome limitations that have hampered other departments, “and we have no issues here in Rootstown,” he said.

On the other end of the spectrum is Windham VFD Fire Chief Rich Gano, who said he wishes he’d gotten a higher grant award. His $42,147 grant falls $5,585 short of the amount needed to outfit the department’s seven trucks, one base radio and 10 handheld units, he said.

Securing other funding sources is one option, as is hoping a different supplier will quote a less expensive cost. A base radio might have to wait, as well as one for the department’s grass fighter unit, as long as the operator carries a handheld MARCS radio, he said.

Otherwise, Gano said he will take the grant money and outfit who and what he can for the time being.

“I’m pleased we got the grant,” he said. “I’ve been trying for numerous years. We will make this work. Our communication’s a lifeline, and over in Windham, on the VHS system, we had none, so this is going to be a life saver.”