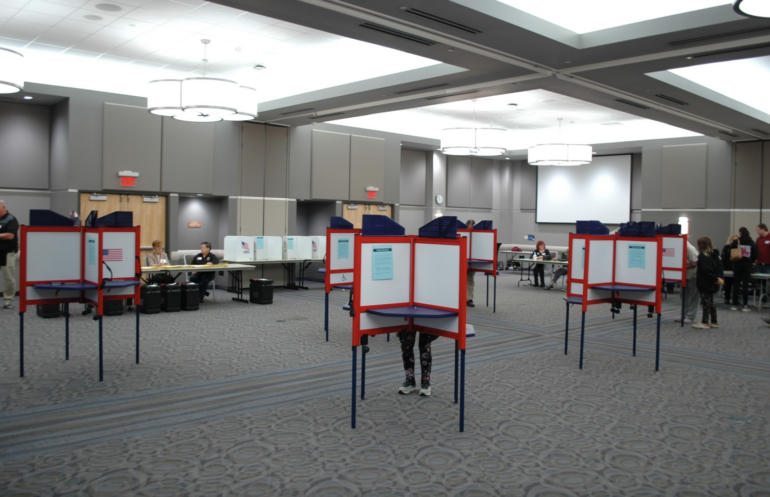 The Portage County Board of Elections announced the official slate of candidates and issues that voters will see on the May 2022 ballot. Here’s a rundown of the Republican and Democratic ballots, as well as the 10 issues around the county that are up for vote.

Voters with no party affiliation may choose an issues-only ballot or a Republican or Democrat ballot.

There are two contested races, one for Portage County commissioner and one for Auditor:

For Portage County Auditor, term commencing March 13, Republican voters will decide among Kristy Elliott, Brian Ames, Matt Kelly, and Deborah L. Mann. In November, the winning candidate will face off against Brad Cromes, who is the only Democrat who has filed for the post.

The Portage County Common Pleas Court Judge for the General Division, whose term commences Jan. 1, is uncontested in primary polling, but in November voters will choose between Republican Wesley Buchanan and Democrat Laurie J. Pittman.

Ohio is still struggling to come up with fair maps in the redistricting of state House and Senate districts that comply with the constitution. The Ohio Supreme Court rejected the Republican legislature’s proposals and has set a deadline of midnight Feb. 18 for the Ohio Redistricting Commission to submit an acceptable version. Until the matter is decided, candidates for those offices remain in legal limbo.

Across the county, voters will face 10 Issues:

Issue 1: Rootstown Local Schools is combining two existing emergency requirement levies into one. The new 10-year, 4.5-mill levy will not raise taxes, as it is a renewal levy. Combined, the levy is intended to garner $1,145,056 for the district.

Issue 7: Mantua Village voters will decide on a proposed income tax increase from 1.5% to 2% effective July 1. The purpose of the tax increase is to fund the police department.