Streetlights may be coming to Ravenna’s Breakneck Creek development

Residents in Ravenna Township’s Reserves of Breakneck Creek development may finally get to see where they’re going, with residents demanding long-promised street lighting.

Responding to residents’ complaints, township trustees met last week with Breakneck’s developers to encourage them to keep their side of a deal inked decades ago. The developer had agreed to install 12 lights in the subdivision near Summit Road and South Diamond Street, but somehow never did.

Trustee Vince Coia is optimistic that this time the developer will follow through.

“My hope is to get at least half the lights that were promised this year, and maybe the other half next year,” he said.

No consequences were discussed should the developer again not keep its end of the deal, Coia said.

Spring means road construction everywhere. Trustees are eying resurfacing roads in the township’s Hidden Brook development, part of Sample Avenue, and the entrance to Grandview Cemetery. Should the stars align (which means if the cost estimates are affordable, the weather holds, and materials are available), trustees hope to get the jobs done this summer. Ahead of the work in Hidden Brook, road crews will get busy on curb and catch basin repairs.

Remember the columbarium slated to be installed in Grandview Cemetery? It’s not here yet, but the concrete foundation for it has been set. The pre-fabricated columbarium should arrive this summer, providing a final resting place for loved ones who have been cremated. 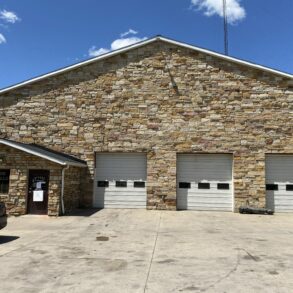