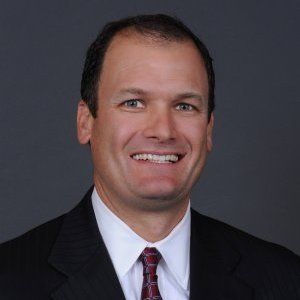 Kent City Council Member Garret Ferrara, who has served Ward 1 since 2000, announced he will not seek re-election when his term expires next year.

Six out of nine seats are up for grabs on Kent City Council this November. With Ferrara’s surprise announcement at the Jan. 18 council meeting, his position is the only one so far that will not have an incumbent on the ballot. The other five council members have not said one way or another if they will run again.

Ferrara has won six elections dating back to 1999, long before the city’s transformation from a disheveled post-industrial town to the dynamic city it is today. During his tenure, a close partnership between the city and Kent State in the early 2010s paved the way for a construction boom and an economic recovery.

Ferrara talked about that “transformative renaissance” in his remarks to the council this week. He received a standing ovation.

Below are Ferrara’s remarks as prepared for the Jan. 18 Kent City Council meeting. You can also watch a video of the meeting on YouTube:

Tonight was a great night for the City of Kent. Signing the final I beam is a tradition marking the capstone piece of a structure. Kent residents had the chance to put their names on what is sure to be a symbol of the capstone achievement of the City’s resurgence. It is a symbol and a testament to the residents, volunteers, leaders and administration who have helped Kent become more economically and socially viable, and thus eminently more livable. We have not been in this position since the days when the railyards and river were the primary economic engines of the City. There is a new generation of residents and students that only know Kent as a vibrant, fun community with wonderful parks and natural resources and a thriving downtown with concerts, festivals, and a restaurant and nightlife scene that seemed unimaginable even 20 years ago. That generation thankfully doesn’t know anything about urban decay, blight, empty buildings or land banking. Kent has had a truly transformative renaissance. After creating a rejuvenated and expanded Central Business District, and a Gateway strengthening and solidifying our connection with Kent State, we are taking a moment to pat ourselves—ourselves, as in the citizens of Kent — to pat ourselves on the back by building a City Hall that is reflective of a City with a great history and a greater future.

Just as the I beam represents the capstone piece of a structure; I look at the new City Hall as the capstone achievement of my time serving on City Council. I campaigned 24 years ago with three themes:

I’ve seen these goals come to fruition over the past 23 years while serving the residents of Kent. In the process we also got a conference center, a parking deck, a new fire station, a new police station. We saved an historic hotel and transformed it into a key piece of the downtown redevelopment

We redeveloped the blighted and dilapidated southern portion of downtown from Water St to Erie St along Haymaker Parkway, thus expanding the downtown footprint and tax base. Those are the big items but there are smaller and yet equally important projects too numerous to list that have had meaningful purpose in Kent’s renaissance.

I don’t think there is a better way to thank the residents and those that work in Kent for their support and encouragement than by building a city hall that reflects the spirit, grit, and determination of the very people it serves.

I am honored to be a part of that progress. And after 24 years of service, I am asking the citizens of Ward 1 to put forth someone with high aspirations and lofty goals much like the person I was 24 years ago when I decided that I wanted to make Kent a better place and ran for Council. While I still aspire for Kent to reach higher and further and expect better, that person to take us there will not be me.

I have chosen not to run for reelection. I thank all those who have supported me over the years, especially my biggest supporters: My wife Michele and my daughters Gianna and Francesca. I am honored that Michele and Francesca are here tonight. 24 years ago we were newly married and we had no children. Today Gianna is in her Freshman year at Bates College in Maine and Francesca is a Junior at Kent Roosevelt. Time sure flies.

I can only ask that anyone who thinks they have an inkling to serve their community to please throw your hat into the ring or encourage someone to do so. The City deserves a qualified council member with vision and desire to serve this great community. The democratic process is the greatest way to see that that happens. By having choices amongst candidates, the city’s and citizens best interest are served and representatives are held accountable. Anyone interested has over 2 weeks to get 25 signatures on a petition to get their name on the ballot. Again, I urge everyone here to spread the word to anyone interested.

Let me finish where I started: The topping off ceremony is a symbol of the great achievement the city has made over the past 24 years. I am proud and honored to have been a part of that history. I look forward to serving out the remainder of my term in office this year the way I started my first term almost 24 years ago and have served ever since: with an objective view of doing what is best for Kent and those that live and work here.