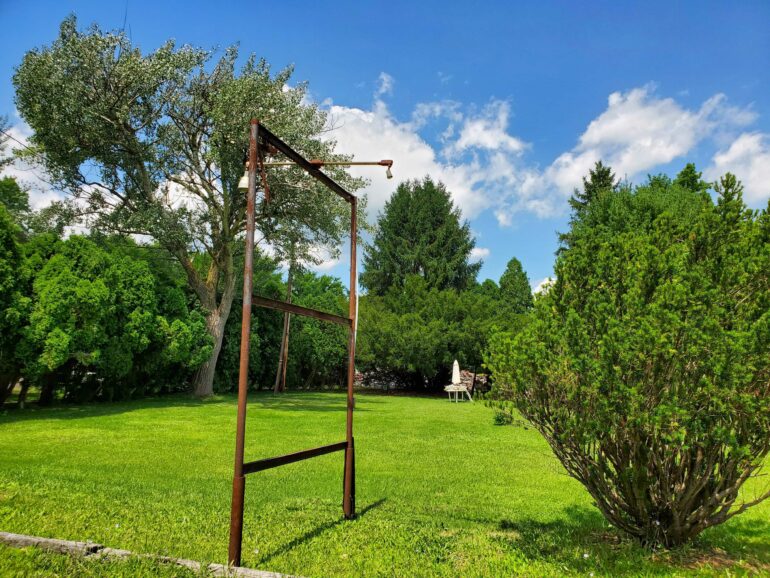 Cleaning up two potentially toxic debris piles in Atwater and Randolph township continues to be on hold as Atwater trustees struggle to find qualified contractors willing to do the job.

The piles were created July 8, when Fox Contracting owner Jeremiah Johnson attempted to fulfill his contract with the trustees to demolish the old Flamingo Motel at 6893 Waterloo Road in Atwater Township. He transported the debris to his property at 5185 Eberly Road in Randolph Township, intending to take it from there to a landfill in Minerva when he had time.

An unidentified person saw Johnshon offloading the debris in Randolph and alerted Randolph Trustee John Lampe, who called the EPA. It turned out that Johnson had never pulled a permit to demolish the Flamingo Motel, and no inspections had been done to determine if the structure contained asbestos.

Johnson has repeatedly maintained that Kovacich told him all the paperwork was in order, and Kovacich admitted during the trustees’ regular Aug. 9 meeting that the township was responsible for checking Johnson’s credentials.

Even so, he blamed Johnson for not pulling the required permit. So does Portage County Building Director Randy Roberts, who states that only a property owner or contractor can and must pull a demolition permit. Since the trustees do not own the property, Johnson was obligated to do so, Roberts said.

Johnson said he is not licensed to deal with materials such as asbestos.

The EPA will not dig into debris piles to determine if asbestos actually is present, so the agency labeled both sites as potentially contaminated. Atwater trustees soon learned that qualified asbestos haulers cost real money: the one quote they have already received is $92,800.

Johnson’s bill was less than $15,000. Though Trustee Charlie Harris urged his colleagues to pay him because he had done the work asked of him until the EPA shut him down, they declined, with Kovacich saying Johnson “compounded a problem.” Johnson will not be paid until the situation is resolved, Kovacich and Trustee Thora Green said during an Aug. 9 trustees meeting.

“If this would have gone to a dump, it would have cost you millions. You’re lucky I staged it at my property,” Johnson shot back. “I’ll get my money.”

The urgency of getting the piles cleaned up allows the township to bypass established procedure, which obligates the township to put any contract over $50,000 out for bid, Kovacich said. Instead, the trustees will call an emergency meeting if necessary to accept the lowest and best bid they obtain.

That’s fine with Portage County Prosecutor Vic Vigluicci, who said state law does not require townships to put projects out for bid.

“Their obligation is to spend their taxpayers’ money wisely, and they’re trying to do that by getting bids,” he said.

Kovacich said he met Aug. 8 with representatives from Garfield Heights-based Hepaco, and had an Aug. 10 meeting with Cardinal Group, in Akron. Both are licensed asbestos contractors.

“Hopefully we get at least two bids, and we get a choice to go with,” Kovacich said.

Though the township has the funds to absorb the cost, they have been searching for ways to alleviate the financial fallout. However, the trustees’ insurance company will not cover the expense, citing a pollution clause. Trustees are now hoping for a brownfields grant, which the state provides to clean up land where potential releases of hazardous substances obstruct property development.

If nothing else, Kovacish said the trustees may put a lien on the property so that when it is sold, the township will recoup its money that way. Vigluicci said the trustees have not contacted him about that idea and declined comment.

Sam Rubens, the Air Quality Administrator for the Akron Regional Air Quality Management District, which works on behalf of the EPA, acknowledged the difficulty of finding qualified contractors and said the Atwater trustees are doing what they can.

Noting that the Atwater/Randolph situation is still developing, EPA officials are still close-mouthed on potential fines and citations. When the debris piles are cleaned up, the EPA will be on site to ensure proper procedures are followed, Akron Public Health Department Supervisor Julie Brown said.

However, Roberts said Johnson will face a $675 fine from the county, triple the cost of the permit he should have pulled. 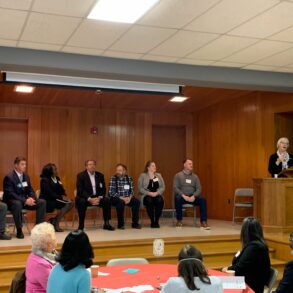