The mill in downtown Kent is burning, city in shock and mourning [photos + video] 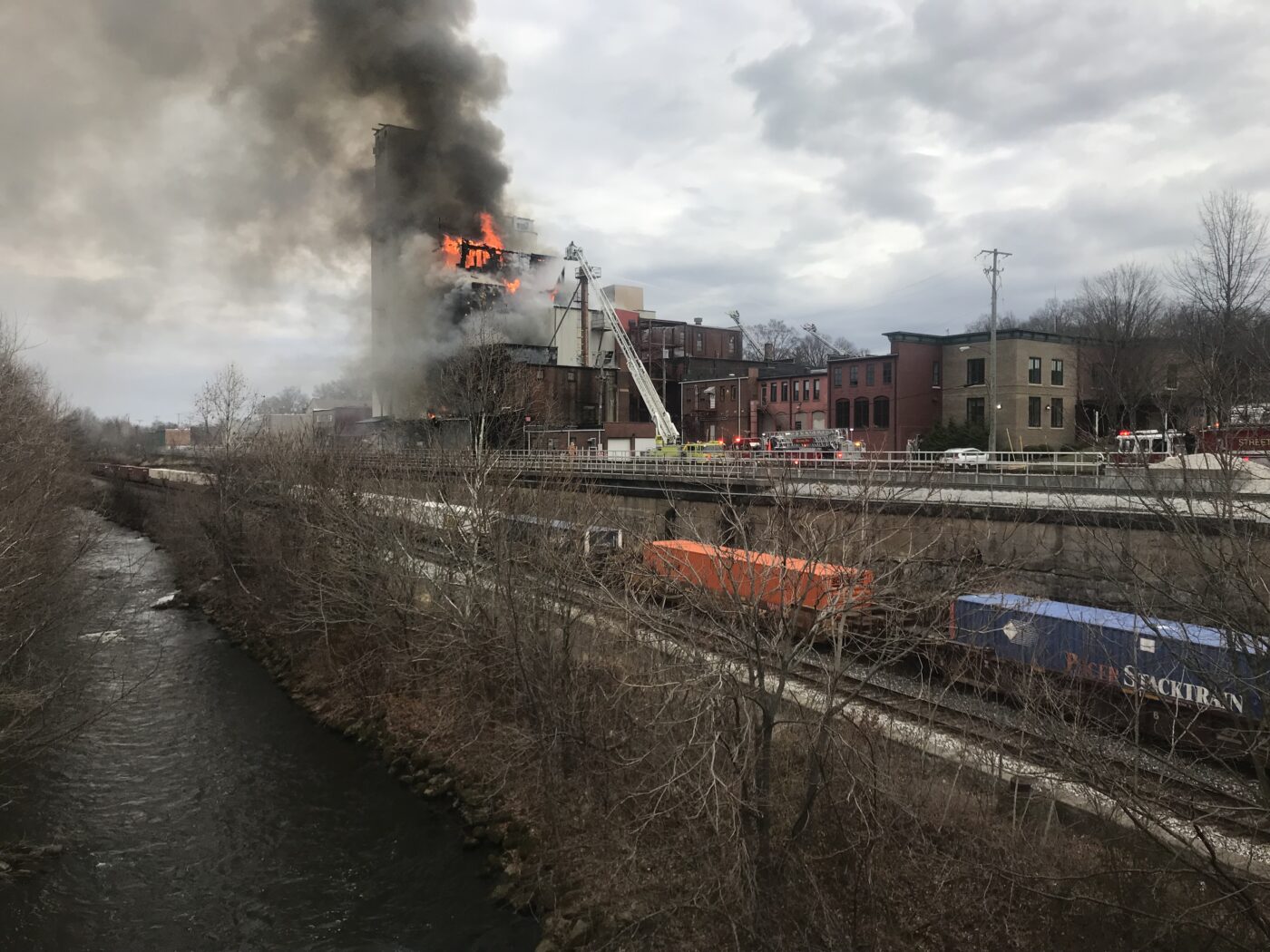 A fire broke out at the old Star of the West mill in downtown Kent around 9 a.m. Dec. 2, and multiple fire crews with a ladder truck were still battling the flames at midday.

Flames and smoke were visible for miles around. A news helicopter circled above. The iconic silos, which are made of concrete, did not appear to be on fire.

As seen from the street, the fire seems to have started near the top of the building and worked its way down, but officials have not yet described the fire’s progression in detail.

Kent Fire Chief Bill Myers said his department got the call at 8:45 a.m. with a report of black smoke. Crews arrived to find heavy smoke with interior flames.

About three minutes after crews arrived, “we had an explosion inside the building,” Myers said. “It’s unclear as to why that happened at this time.”

He said there were six ladders pumping water into the building. They cannot enter the building because it has been compromised by the explosion.

No one was injured or evacuated, Myers said.

Nothing has completely collapsed yet, but several thick timbers were wrested from the building and crashed spectacularly to the ground. The skeleton of a building south of the silos was visible through clouds of alternating white, yellow and black smoke.

Fire fighters radioed for more water pressure and for the railroad company to close the tracks.

The Kent Service Department posted a notice requesting city water customers to limit their water use to essential purposes only.

“The city is doing their best to keep up with the water demand, but we need everyone to reduce usage to help keep our supply available for firefighting efforts,” Kent Service Director Melanie Baker said.

In the rear of the mill building, there is a covered shed that serves a side rail behind the building. That structure is also on fire.

The second floor front wall of a brick building, part of the mill complex facing North Water Street, had blown out, raining bricks and drywall down onto the street below. A vehicle parked there was layered with debris.

Police said there was no power to the building, located at 162 N. Water St., at the time the fire started. It is still unknown what caused the fire.

Crowds gathered under cold gray skies to watch history unfold. They expressed the kind of sadness and shock that accompanies the destruction of landmarks. In relative terms, the mill is Kent’s Notre-Dame.

Multiple downtown businesses posted elegies on Facebook, and some closest to the flames said they would be closed for the day, including the Hometown Bank Kent branch, Scribbles Coffee Co. and Grazers. They expressed gratitude to the firefighters working to contain the fire.

Taco Tonto’s wrote “speechless” and offered every firefighter helping with the blaze a free burrito.

The Kent Area Chamber of Commerce announced that the Festival of Lights scheduled for Dec. 3 in downtown Kent was postponed to Dec. 10. (More information is at www.kentbiz.com.)

The mill opened in 1879 as the Peerless Roller Mills.

The mill had not been in operation since 2017. In 2019, a local company, The Tulips LLC, bought the 0.83-acre property for $405,000 with plans to repurpose it for public use, including possibly retail and offices.

The owner of the building, Badreeyeh Al Hasawi, was there to watch it burn. He said he had planned a $15 million renovation for 2023.

Last year, The Portager ran a series of articles about the mill, including a survey of other communities that had given their abandoned mills a second life. On the morning of Dec. 2, 2022, such a rebirth for Kent’s mill became more difficult to imagine. 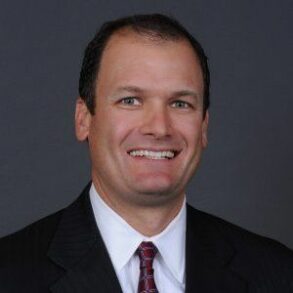