The woman killed in Windham Township during a confrontation involving neighbors and law enforcement officers was identified as 66-year-old Cora Baughman, according to an Akron Beacon Journal report.

She was shot multiple times in the chest, the Beacon reported, citing a Portage County Coroner’s Office preliminary report.

Residents of Weger Road were surprised when they left their houses on Saturday morning to the sight of their street blocked off by emergency vehicles.

“There were sheriffs, local cops, detectives, an ambulance, I think crime scene investigators. Most of the street was closed,” said a neighbor who asked not to be identified. “I saw the ambulance leave just after 9:30.”

In a sparse statement, Portage County Sheriff Bruce Zuchowski announced that “shots were fired” and that deputies were called to the address to handle a “neighbor dispute.” One deputy and one Garrettsville police officer responded around 9:30 a.m., he said, but he did not report who fired the shots.

Residents of the area told The Portager they were aware of the long-running dispute, which they said had developed over the course of months.

“I can’t believe it came to this,” the neighbor said. “Why couldn’t they have settled it in court, or just talked it out. If you bring a gun into the situation the police have to respond.”

The sheriff’s office has not responded to requests for comment. The Portager is in the process of filing multiple public records requests.

In the statement, Zuchowski said the deputy was informed en route to the address that one of the neighbors was armed. He did not specify whether it was Baughman who was armed.

No law enforcement officers or other neighbors were injured in the incident.

“We’ve been hearing bits and pieces [since Saturday] but it is scary because we didn’t even know there was a dispute,” said a man who lived just a few houses away.

The shooting is under investigation by the Ohio Bureau of Criminal Investigations, which typically investigates cases in which law enforcement officers shoot someone.

If the deputy killed Baughman, this would be the third time a deputy has shot someone in Portage County since Zuchowski became sheriff in January 2021.

In May 2021, a deputy shot Kody M. Osco, 43, at his home while serving a warrant. They said Osco was armed with a knife. His family disputes that Osco was a danger to anyone but himself.

In June 2021, a deputy shot and killed Matthew J. Morse, 36, after his wife called 911 to report that Morse was armed and feared he would harm her and their children. 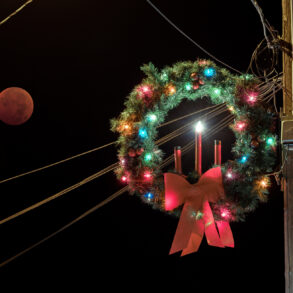