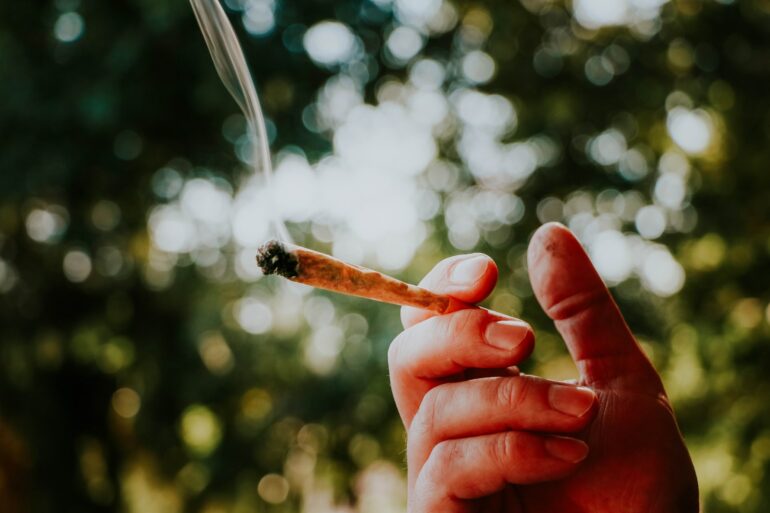 Get a good lawyer.

That’s the advice attorney Mark Brown has for folks who are charged in Kent for misdemeanor marijuana, hashish, and paraphernalia offenses even though Kent voters recently approved a marijuana initiative that depenalized those same infractions.

Brown knows what he’s talking about. Besides being a Capital University law professor, he acts as legal counsel for Sensible Movement Coalition, the umbrella organization behind Sensible Kent, which successfully shepherded a citizen’s initiative into local law.

Portage County and Kent law enforcement officials say they will simply charge offenders under state law instead of under Kent law, which until the November election mirrored the Ohio Revised Code.

Kent’s new law does not legalize and does not decriminalize possession of marijuana, hashish, or paraphernalia. Here’s what the new city laws say, with their corresponding state laws in parentheses:

Any drug offense, no matter how minor, may result in the loss of driving privileges for six months to five years. That’s state law, and Kent’s initiative doesn’t change that. The key word is “may,” and that’s up to the judge.

There may be additional consequences.

Some rental and job applications ask about drug offenses, no matter how minor. The FAFSA, an application for college financial aid, requires students to disclose drug convictions, but assures them that drug convictions no longer affect federal student aid eligibility.

Confusion since the election results

Since the Kent initiative passed by a vote of 5,551 to 1,151, Kent Council Member Robin Turner says he’s been fielding phone calls from people wanting to know just what will happen if police find them in possession of less than 200 grams of marijuana. Does state or local law prevail?

“Things seem to be a bit murky,” Turner said. “What I want to do is clarify this before someone gets picked up on the street, driving around, and then one of the police officers stops them and says that [Kent’s law] isn’t enforceable. What do you mean, it’s not enforceable?”

The goal of the referendum was not so much a question of enforceability as strategy. Sensible Movement Coalition is the umbrella organization behind initiatives such as the one Sensible Kent placed on the November ballot.

The Kent initiative is part of Sensible Movement Coalition’s long game, which is to decriminalize marijuana at the state level. If enough municipalities depenalize marijuana, state lawmakers who desire to be elected or re-elected may take notice of what their constituents clearly support.

Besides Kent, the coalition’s website highlights 29 Ohio cities and villages across the state that have depenalized misdemeanor marijuana offenses, whether by citizen initiative or by council action.

“That support at the local and state levels streamlines up to members of Congress at the federal level,” the website states.

Until that day comes, though, lighting up, growing, or even possessing small amounts of marijuana, hashish or paraphernalia is still a state crime.

‘Charge with the state code’

Cities are welcome to pass what ordinances they like, but Kent’s decision to eliminate fines and reduce the level of misdemeanor connected to certain marijuana offenses “does not change state law and does not insulate an offender from being charged under state law,” Portage County Prosecutor Victor Vigluicci said.

He said each police officer can decide whether to charge a suspect with the city law or the state law for a misdemeanor offense where the two are similar.

Since state law applies everywhere in Ohio, the location of the offense doesn’t matter, Viguicci said, adding that he explained this to those who were supporting the Kent initiative and to anyone else who inquired prior to the November election.

Kent Police Chief Nick Shearer did not respond to The Portager’s request for comment. But in a Nov. 11 newsletter to his employees, obtained through a public records request, he wrote: “My direction to you is that when charging with possession, charge with state code instead of city ordinance.”

Not that there have been many charges to press. In Kent, the number of cases was small even before the November initiative was passed. In October, Shearer noted that since Jan. 1, 2018, only four people had been charged with state-level fourth-degree misdemeanor marijuana possession (100-199 grams of marijuana).

Kent Law Director Hope Jones said she is trying to study a way to a solution. Until Jones is able to reconcile the role of county sheriff’s deputies, state troopers, Kent State police, and Kent city police, she said she’s withholding further speculation or comment.

In a Nov. 22 email to city council and other Kent officials, City Manager Dave Ruller alerted city officials to expect an executive session (meaning not open to the public) in January regarding “the challenges surrounding the enforcement of the voter initiative.”

“I wanted to let you know that we’re busy doing research on how to reconcile upholding State and Federal law (and even City law) when it conflicts with portions of the new voter initiative,” he wrote. “The language of the petition did not make the use and possession of marijuana legal, it only removed the court fees and penalties under City Code; leaving the State Code fully intact — and keeping it illegal even under City Code. This combination of factors makes implementation complicated.”

In a Nov. 29 email to Ruller, council members, and other Kent officials, Council Member Roger Sidoti stated, “We knew going in that the petition initiative for the ordinance had flawed language. This should be a great educational opportunity for the community.”

Council Member Heidi Shaffer Bish also weighed in, saying she would like to be able to answer constituent questions correctly.

Other parts of Portage County and Ohio

Kent may also take a page from the Village of Windham, whose voters approved a similar initiative in 2018.

Windham Police Chief Richard Garinger said his officers are more interested in finding meth, heroin, cocaine and fentanyl. The department has not made any arrests for the substance amounts specified in the ordinance, he said.

“If we’re making a traffic stop and we have the odor of marijuana, obviously we’re going to check the car and make sure there’s nothing in there of substance, and if there’s guns or other drugs in the car, then we’re doing something about it,” he said.

Like many things in law enforcement, it all depends on the circumstances. Garinger says it’s a decision individual officers must make.

“If there’s a little bit of marijuana we obviously confiscate it and destroy it,” he said, but they don’t press charges.

Lisa Eliason is law director of the City of Athens, which passed a similar ballot initiative in 2017. Like Kent, Athens has a state university in its midst. State university, state property, state highways, state laws.

Since the initiative passed, Eliason said fewer people have been charged with misdemeanor marijuana offenses, but she suggested that may be due in part to Ohio’s 2019 decision to legalize hemp.

Since field tests cannot distinguish between hemp and marijuana, samples must be sent to state labs, she said. That takes time and money, so unless a more serious crime accompanies the drug offense, the net effect has been a sharp reduction in the number of people being charged with marijuana, hashish, and paraphernalia offenses, Eliason said.

Even so, “it gives students a false sense of security,” Eliason said.