Aurora has a new Ace Hardware, specializing in Stihl and spices 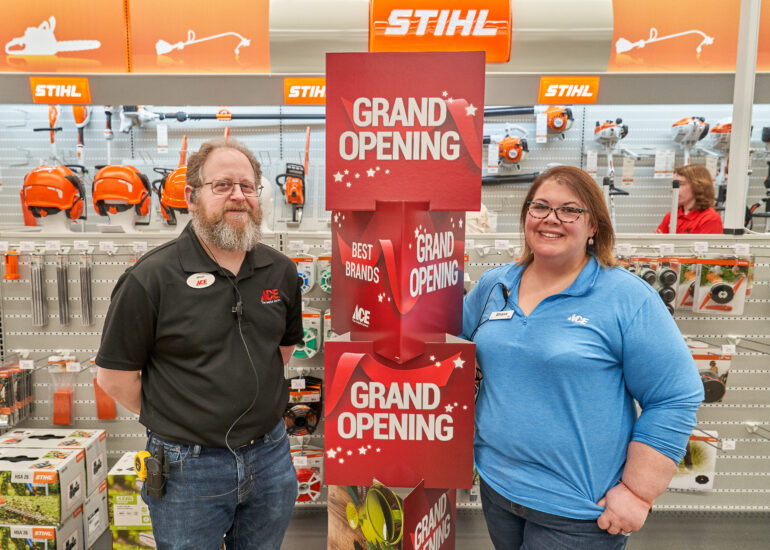 The owners are a husband-and-wife team: Shana Wallenstein, 46, and Jason Wallenstein, 47, from Beachwood. They said the launch was a success, with Aurora Mayor Ann Womer Benjamin participating in a non-traditional ribbon-cutting ceremony.

“The grand-opening event started yesterday morning (April 29) with the mayor cutting a board with a chainsaw,” Jason said. “We had a bucket promotion, had a lot of people waiting to get in when we opened. Everything in the bucket was 20% off.”

Since 2004, Jason has owned Frameworks in Bedford, a framing service that specializes in jerseys, sports memorabilia and fine art framing. Shana said her background in marketing and communications, combined with Jason’s business experience, led to their co-ownership of the Aurora Ace Hardware.

The couple had been actively seeking a location to open an Ace Hardware after learning about the franchise from a local owner/operator.

“We really fell hard for the company and its values,” Shana said. “So we started looking for a location for our own store, and when Aurora presented itself, it was an easy yes.”

The new Ace Hardware will carry a wide variety of Stihl power equipment, servicing and performing repairs on that equipment starting this summer.

Shana and Jason are particularly excited to offer an assortment of grilling and smoking products by Weber, Traeger, Big Green Egg and Spiceology. The couple will occasionally grill on site to highlight the versatility of their grills and smokers as well as to showcase the various flavor profiles of the spices and rubs they sell.

“Today, we had tri-tip pork loin, pierogies, cake, you name it,” Shana said. “We’ll be grilling at least once a month over the summer. We might even try to bump that to two or three times a month, and it’s always free.” 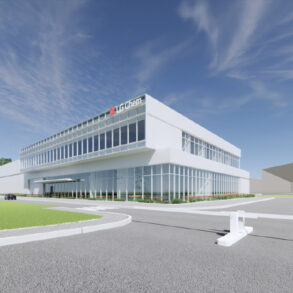 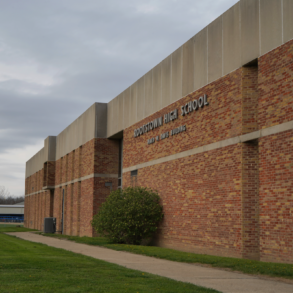 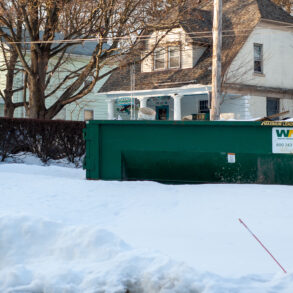 Kent will get a $331,000 grant to clean up the Triangle Cleaners site