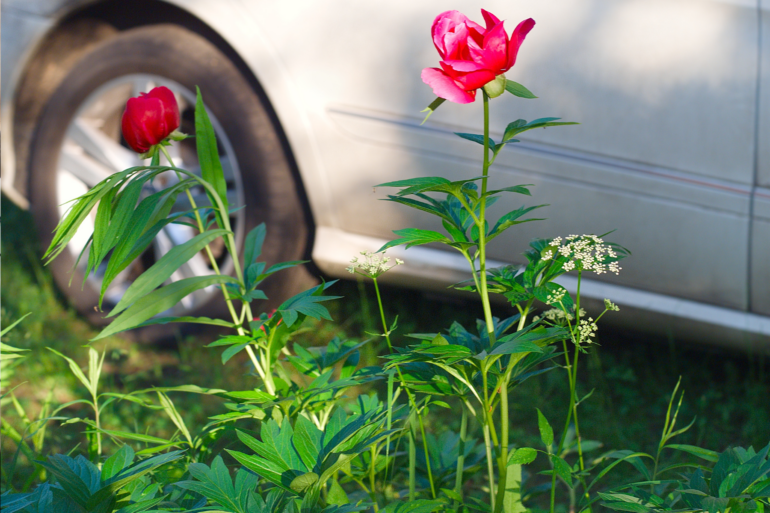 Aurora City Council is considering an ordinance that would make it illegal for certain residents to park on their lawns.

Council members are still tweaking the proposal, which now states that parking would be prohibited on residential lots that are smaller than one acre unless the vehicle “is entirely parked on a hard surface consisting of concrete, asphalt, or other similar surface that is not gravel, grass, or dirt.”

Cars, vans, trucks, motorcycles, scooters and golf carts would be covered by the new ordinance. Council members seem split on whether campers, boats and trailers would be affected.

The matter came to council’s attention via residents who were concerned about where certain vehicles were parked, Council Member Peter French said, specifying that “where” means residents’ front yards.

“This isn’t an ordinance where the citizens or the police force or the City of Aurora is going to go out and look for people who are violating the parking ordinance unless it’s a safety hazard,” French said. “It’s more of a complaint-driven ordinance where if you have individuals, residents, whoever, it just gives the authority to go out there and say, ‘Hey, look, you can’t do that.’”

While agreeing that the law could potentially empower difficult neighbors, French insisted the majority of neighbors “are good people” and would welcome the ability to keep their community looking nicer.

“We want to address the concerns that some people have addressed in regards to the detraction to the overall value of people’s property when they start parking on the front lawn,” Kudley said.

City leaders will likely have to revisit any ordinance they pass since “you can’t come up with a solution to every problem without potentially creating another ancillary issue,” Council Member Scott Wolf said.

Whether citations are issued will depend on the case at hand, he said.

“If it’s a chronic infraction, then something’s going to happen, but our officers have discretion. This is intended to address concerns from residents pertaining to chronic parking in their front yards, people pulling up in the dirt and parking wherever they want. It’s not intended to infringe on people getting ready for a camping trip or even moving,” he said.

Characterizing the proposed ordinance as a double-edged sword, Wolf said, “People want to be able to do what they want, but at the same time, there’s an expectation that neighborhoods have with respect to not being an eyesore.”

Aurora Law Director Dean DePiero said police would only issue parking tickets after trying to caution residents or their visitors as to where they can and can’t park.