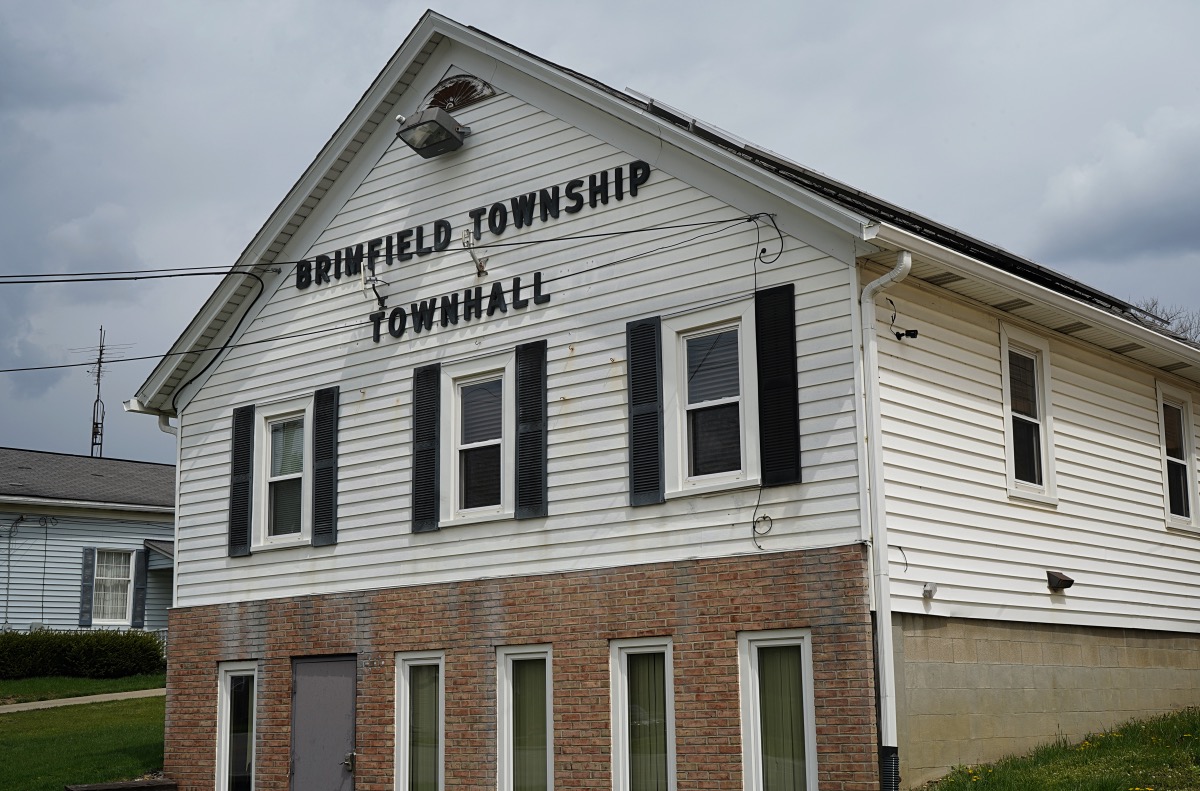 All that construction at the corner of Tallmadge Road and 43 in Brimfield is just the tip of an ambitious iceberg. What township trustees have in mind is a town center complex that will incorporate athletic fields, the new Portage County District Library branch on Kelso Road, Kelso House, and a large pavilion for family and community events.

Eventually, says Trustee Mike Kostensky, a playground area, boutiques, sit-down restaurants, and a microbrewery could move into the area, spurring even more activity.

“We need to make it attractive enough so some unique businesses can move in. You can’t have a town center if there’s nothing to come to,” he said.

To attract visitors, a new access road will run between state Route 43 to Tallmadge Road, essentially surrounding the new firehouse. The entire complex will be accessible via sidewalks that will connect to Sterling Green, Chapman Farm, and other current and planned developments, he said. Vintage lighting will be in place to create a certain ambiance as well.

“We picture sidewalks coming through there leading to the library, and that gets you to the Kelso House and the soccer fields,” Trustee Nic Coia said. “And there’s additional land for sale back there, so we’re hoping to spur some developers to maybe bring in those sit-down restaurants.”

Parking would be available at Town Hall, the library, near the admin building, and “as businesses come in, that’s the idea: they’ll have parking lots,” Coia said.

Coia also has his eyes on the Tallmadge Road-43 intersection. He’d like to see slower speed limits (perhaps 25 mph on both roads) not only so fire and EMS vehicles could more easily enter and leave the station, but also so people can more easily cross the streets.

The county and state would both have to sign off on the speed limits, so think of that as a long term goal, he said.

Even just adding sidewalks in front of the fire station and down 43 “really formulates that downtown center district for families to get out, walk around and enjoy the parks. That’s the other piece of this: We don’t just want to be concrete and asphalt. We want to preserve those park areas,” Coia said.

Coia’s focus is on the township developing its part of the project in the next couple years and then trying to find developers and businesses that want to come in.

“I can’t say it’s going to happen five years from now, 10 years from now. I can say that all the township pieces are coming together, so we’re starting to spur interest,” he said.

People are already paying attention. As evidence, Coia cited the township soccer fields, which he said “are packed on the weekends, along with the baseball field back there.” He also believes the area will get more attention once the library is up and running.

Food trucks would be welcome to set up during sporting events, the township’s Thursday night concert series (which are now held at Lions Park on Edson Road), and at any other gatherings.

“I think if you bring it to the downtown area, more people will see it and it’s going to create some more attention,” Coia said.

Trustees also have their eyes on the past. Kostensky envisions creating a Brimfield Historical District, celebrating what remains of the township’s heritage.

In comments on The Portager’s Facebook page and in interviews, residents of the township and surrounding areas said they aren’t convinced a town center idea is feasible for Brimfield, even if some of them supported bringing new attractions to the downtown area.

“I would love all those things, but who’s going to pay for it?” asked Sara Ashley-Cook, a Tallmadge Road resident. “It would be great if we could have all of those amenities. We need something around here for people to do, and community services closer than Kent or Ravenna.”

Nothing will be built unless the township has the money, Kostensky said, clarifying that his vision is a secure open space where people can enjoy a leisurely stroll and maybe enjoy a meal or an ice cream cone.

“We have money coming in from the JEDD,” he said, referring to the Joint Economic Development District, which allows the township to capture local income tax revenue in partnership with the City of Kent. “Those revenue streams increase every year.”

Even so, Ashley-Cook worries about the high speed traffic on state Route 43, and the scope of the project.

“It just seems like such a hard area. I’m just picturing the traffic after a concert. It makes my brain hurt,” she laughed. “I’m trying to figure out how they’re going to make the traffic work, and the increased amount of police they’re going to need to handle events.”

She believes the town center will change the feel of the whole township, pushing it from rural to more urban. But since the project is going forward, she’d like to see the nearby Brimfield Town Centre shopping plaza included. Using that space would send traffic in and out on Tallmadge Road, which would be easier than adding more traffic to 43, she said.

“It could be used for parking. It would be the perfect spot to do that parking for what would be the crown jewel of Brimfield,” she said.

A good idea, Kostensky said, but the plaza is private property, subject to the owner’s control.

Kent resident Jon Ridinger said he would visit open space, no matter where it is.

Though he cited Kent as an example of successful urban planning, Ridinger said trying to emulate that success would spell disaster for other communities. A master plan that capitalizes on what people want while maintaining Brimfield’s rural character is needed, he said.

Ridinger lauded Brimfield’s leadership for not envisioning “a cookie cutter downtown, or a fake downtown,” he said. “They want to give it some cohesion, and they want to give it a map of what they’re hoping so developers can come and say, ‘Oh, yeah, this is totally what we want to do,’ versus haphazardly waiting for it to happen.”