Streetsboro will expand Kimble contract to include recycling services 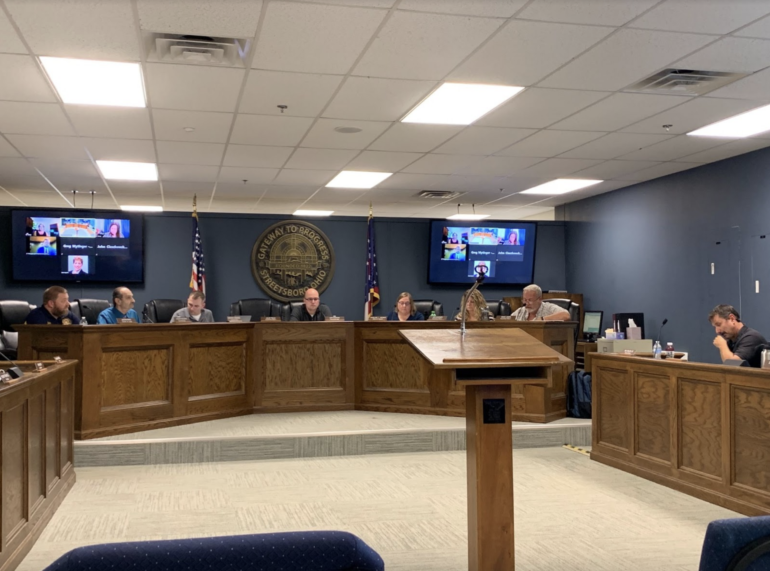 Streetsboro City Council approved a contract with Kimble Companies for both trash and recycling pickup services in a pair of votes on Monday night.

The five-year contract awards Kimble the role of exclusive waste pickup provider for Streetsboro, starting in October. The city had previously used the Portage County Waste Management District for recycling pickup, but officials recently sought bids from private companies after the county announced plans to raise the price of recycling to $5.50 per household per month.

The contract with Kimble will charge residents $4.96 per month and increase over the next five years to $6.03 in 2026.

Kimble already serviced Streetsboro for garbage collection, and the contracts for the two services were approved separately.

With Ward 4 Council Member Julie Field absent, the garbage contract was approved unanimously, while the recycling contract passed by a vote of 5-1, with Justin Ring as the sole dissenter.

Ring argued against the language in the contract that made paying for recycling service mandatory, though the city’s previous recycling contract with the county also required residents to pay.

“When you require somebody to subsidize and take money out of their pocket to provide for somebody else with no choice, that’s communism,” Ring said, even though Kimble is a private, not state-owned, company. “I don’t support it, and I won’t support it.”

Ring said he never supported the mandatory charge, but he said it was acceptable when paid to a government provider rather than a private company.

Other members of the council agreed that rescinding mandating recycling was something they would consider in the future, but they said it was too late in the process to alter the contract with Kimble and they did not want to risk a lapse in service.

“This should’ve been brought up in February,” Council Member Jon Hannan said. “The new company is supposed to be taking over in October, and if nobody comes back and gives us a bid based off of new legislation, then we have no company. And people are going to be very pissed about that. I don’t want to wait until someone is dumping their recycling in my yard because the city isn’t providing the service.”

Hannan and Council Member Anthony Lombardo agreed with Ring that the issue should be revisited, but Hannan stressed that doing so now would only create further confusion for residents and should be done closer to the contract renewal in five years.

Ring reiterated a point he made during the council’s previous discussion on the issue, likening the requirement to an ordinance forcing him to buy broccoli at Giant Eagle once a week.

Using an analogy of his own, Ward 1 Council Member Mike Lampa compared the situation to paying for internet and TV, saying since bundling them together was cheaper it was the best option.

Lampa said that when the council first passed the ordinance making recycling mandatory he had disapproved. But he supports it now and didn’t want to continually change requirements for citizens.

“I don’t like playing tennis with the residents,” he said. “Mandatory, not mandatory, mandatory. [Ring] and I are up here [on council] now, but we may not be when it goes back to mandatory.”

Council Member Chuck Kocisko said requiring people to pay for recycling from a private company was not ideal but that it was the best thing for the city.

“You want to encourage people to recycle,” Kocisko said. “That was the whole point of it, and sometimes you need a little extra push, which meant mandatory [recycling payment]. And I think it’s the right thing to do.”

A vote to return to the subject at the next council meeting was defeated, but the council members who voted it down said they would be willing to return to the issue in the future, especially if the public showed support for removing the mandatory recycling ordinance.