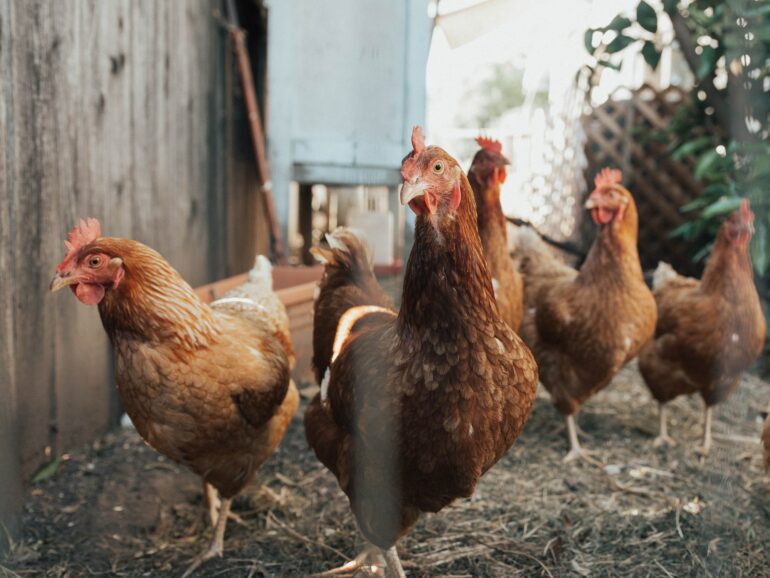 Dialing back legislation that would have severely restricted who could keep chickens in Streetsboro, city council on Monday instead simply halved the property setbacks required for keeping chickens in rural areas.

Residents who hold five or more acres in areas zoned rural residential or open conservation may now keep chickens within 100 feet of their property lines instead of 200 feet.

Council had considered legislation that would have allowed residents who had at least 0.7 acres to keep chickens as long as a majority of their neighbors also had that much property. Council Member Justin Ring called the failed ordinance restrictive and said it was aimed at residents in the Hale Drive/Stone Road area.

“It only really impacted very few people in the city,” he said. “All the people that I talked to, that have contacted me about having backyard chickens, and that have them, would have still been illegal under this legislation. It really wasn’t helping many people. It wasn’t designed to.”

That legislation flew about as well as chickens do, which isn’t very far.

The ordinance enacted Monday passed with Council Member Chuck Kocisko casting the only vote in opposition.

Reached after the meeting, Kocisko said he opposed the legislation “because it kind of opens a can of worms. My feeling is that if you do it for one, you have to do it for all kinds of animals, not just chickens.”

What about people who want to raise other animals, including dogs, sheep, goats, horses or llamas, he wondered. Their neighbors may not mind, but what if, as has happened in the past, the neighbors feud? That could embroil both the neighbors and the city in a legal battle, he said.

Or the neighbors could relocate, and new neighbors who aren’t so fowl-friendly appear.

“There are a number of people in the city who have chickens on their property, and it’s illegal, but because of the neighbors’ friendships, they don’t squawk,” he said. “They don’t say anything, but you always have that issue: what if the neighbor moves?”

The city’s focus on chickens is not over, though. Despite Kocisko’s opposition, Ring is working with Streetsboro’s zoning personnel to craft legislation that would allow people with smaller lots to keep backyard chickens, and he expects to have it ready for Service Committee examination in August or September.

Ring’s plan is to craft more robust legislation that will impact more people, allowing many residents to responsibly keep chickens but barring residents with small lots or where it would not be appropriate from having them, he said.

What the lot limit might be, and how many chickens would be kosher to keep, are still anyone’s guess. Stay tuned on this one.