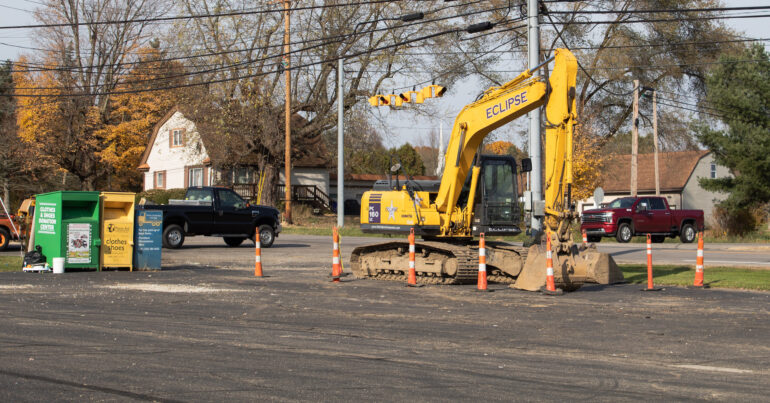 Mantua Township is getting a $2.2 million roundabout at state Route 82 and Chamberlain Road to improve safety at one of the most dangerous rural intersections in the state of Ohio.

The Ohio Department of Transportation is already moving utilities in the area, and drainage work on the northeast side of the intersection should begin soon. Actual road construction will begin next spring.

When it does, S.R. 82 east of Chamberlain Road will be closed for about 45 days. Then the entire intersection will be closed for another 45 days, said Ray Marsch, an ODOT representative. Detours will be posted, and access to all businesses and homes will remain open. Construction is expected to be complete by September 2022, according to a data sheet on the project.

According to Federal Highway Administration studies, transforming a signalized intersection to a roundabout not only reduces crashes by 48%, it also reduces fatalities and injuries by 60% to 78%. Additionally, the severity of the crashes that do occur are greatly reduced.

From 2016-2018, there were 22 crashes at the Route 82/Chamberlain Road intersection, according to ODOT. The injury rate was 45%. These stats placed the intersection as the 30th most dangerous rural intersection in the state.

The data sheet notes that overhead flashers, dual stop signs and intersection warning signs did not eliminate crashes that resulted in injuries over the past six years. These included seven angle crashes on Chamberlain Road and seven fixed object crashes on eastbound state Route 82.

Property owners at the intersection aren’t all on board.

Roberta Savel, who owns the Country Inn, says she is losing her frontage on state Route 82, which means the only entrance to her business will be via Chamberlain Road. The Country Inn will also lose about half its current parking lot, forcing her to make alterations so semi-trucks can still get in for deliveries, she said.

Though ODOT will pay her for her land loss, Savel said negotiations are ongoing because the roundabout will affect customers’ access to her business as well, even after construction is completed.

“I think it’s a bunch of BS,” she said. “I just see it causing more accidents, and I think they should have put a stop light in. We already have a blinking light in. ODOT has too much money, I guess.”

Kraig Korner, who owns Diggin’ Landscaping, a rental house, and a vacant lot at the intersection, said ODOT will have to move his rental house driveway from state Route 82 to Chamberlain Road.

Instead of having the three commercial lots he intended to develop someday, Korner says he will have to combine them in order to have access to and from S.R. 82.

“They took frontage off two of them. They took half an acre away. They’re pretty much locking me in as far as keeping them together,” he said.

He is also nervous about his business because it will change the route his trucks usually take in and increase his costs.

“The detour will be substantial for us. I have three trucks that go out every day, anywhere between six and nine guys in the trucks, so it’s going to add labor if we have to go all the way around each time,” he said.

With the help of an attorney, Korner and ODOT eventually negotiated a compensation agreement.

Like Savel, Korner preferred that ODOT would have installed a traffic light.

“I’d have given them a turning lane,” he laughed. “The caution light worked. I always thought the next step would be to put a traffic light, but apparently ODOT knows what they’re doing as far as safety better than I do,” he said.