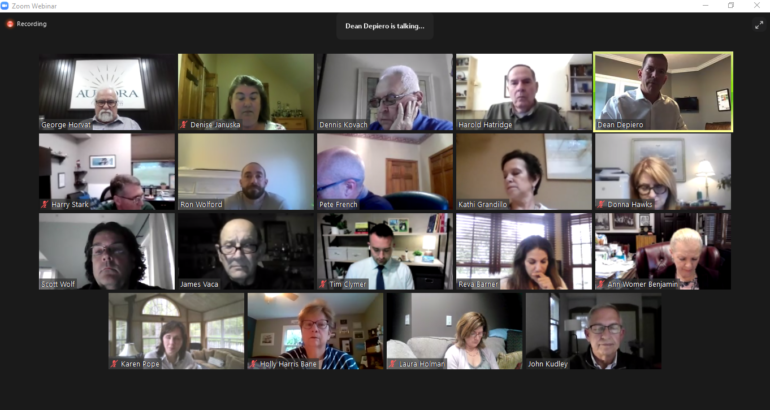 Aurora City Council granted an exception from rules about installing metal roofing at their May 10 meeting.

The sleek metal roofs you normally see in HGTV home remodels are generally prohibited in Aurora — but that might be changing.

After Wolford described the value and environmental benefits the metal roofing would add to the home and presented signatures he had collected from neighbors who had no objection to the roof, the board voted 8-1 to allow Wolford to proceed.

Councilman John Kudley Jr., the dissenting vote, reminded the council they’re overturning standards that they themselves established in 2017 specifically to avoid conflicts like this.

“I really think we’re setting ourselves up for a precedent here,” he said. “Yeah, we might go back and review our standards, but there’s no guarantee they’re going to change.”

Councilman Scott Wolf said after reading through the review board’s meeting minutes, it was obvious those board members felt uncomfortable denying Wolford’s request. The fact that they invited him to appeal to the city council indicates they think the standards deserve to be revisited.

Plus, said Wolf, “this investment in our neighborhood is well needed.”

Editor’s note: Ron Wolford is not related to Ben Wolford, the publisher of The Portager.