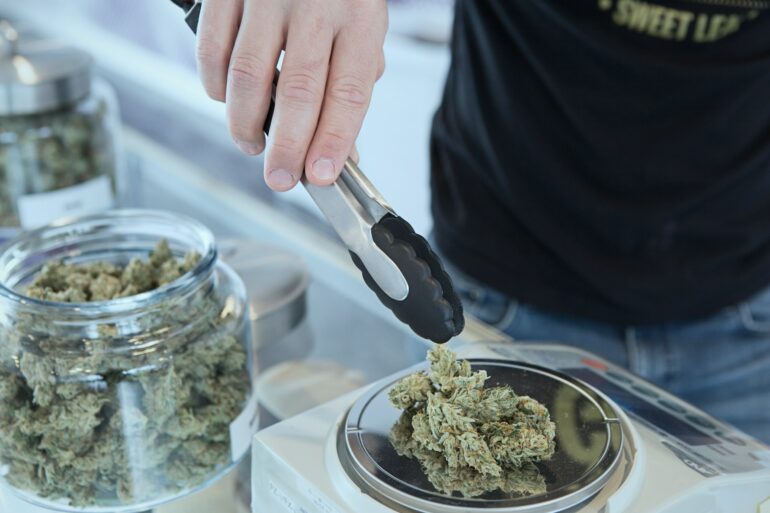 A ballot initiative to decriminalize recreational marijuana in the city of Kent is not quite dead.

On Friday the Portage County Board of Elections directed its staff to review three “part-petitions” containing a total of 59 signatures prior to the board’s next meeting on Nov. 23.

The review is a last gasp for Sensible Marijuana campaign manager Mike Fricke, whose five-member team had spent weeks gathering signatures for a ballot initiative to decriminalize up to 200 grams (7.05 oz) of marijuana in the city.

Fricke and his team needed 806 valid signatures. They got 802, according to the Board of Elections.

Fricke appealed, demanding a recount. However, it was an Ohio Supreme Court decision that swayed the Board of Elections, not Fricke’s efforts. On Sept. 14, the court ruled that an entire part-petition should not be invalidated because of a minor, inadvertent error in recording the signature count.

“Essentially the law has changed,” said Theresa Nielsen, deputy director of the Portage County Board of Elections. “There was no provision in the case that required us to go back and look at those part-petitions, but the board has decided that they want our staff to in fact review those part-petitions.”

The board had previously determined that the three part-petitions were invalid because the number that was listed in the circulator statement did not match the number of signatures on the part-petition, Nielsen said.

“The theory is that if the number is less than the number of signatures, we don’t have any way of knowing which ones [the circulator] witnessed,” she said.

With no way of knowing if errors on the three part-petitions were made inadvertently or intentionally, the board decided to scrutinize them.

The pair must also double check the part-petition’s circulator statement to ensure that only one person — the named circulator — personally witnessed each signature. The circulator’s signature and address must be correct, Nielsen said.

If the board’s recount yields enough valid signatures, it will be up to the city of Kent to determine when the issue will appear on the ballot.