A psychological evaluation has found 18-year-old Zachary Blosser competent to stand trial in the death of his girlfriend, Kaylee Freitag, who was shot to death in Nelson Township in March.

Freitag, 17, and Blosser had been alone in the basement of Freitag’s relative’s home in Nelson Township when she was shot in the mouth with a single bullet. Blosser told people at the scene the gun went off by accident. Prosecutors say Blosser shot her.

Blosser, who helped administer CPR while waiting for help to arrive, was the only witness. Freitag and Blosser had been together almost a year and a half.

Blosser will appear for a pretrial hearing on Aug. 27 at 9 a.m., and Judge Becky Doherty scheduled a criminal jury trial for Sept. 14. Since March, Blosser has been held in the Portage County Jail on a $2 million bond.

A grand jury indicted Blosser of two counts of murder, two counts of felonious assault, tampering with evidence and safecracking. The gun that killed Freitag had been unloaded and locked in a safe in the home.

Dr. Lynn Luna Jones, the psychologist who conducted the evaluation, concluded Blosser “does understand the … legal proceedings against him and that, based upon reasonable psychological certainty, he is capable of adequately assisting in his defense,” said Abigail Schock, one of the public defenders assigned to Blosser.

Schock and Leonard Hazelett, the other attorney defending Blosser, said they take no issue with the findings of the evaluation, urged the court to adopt its findings, and stated they anticipate no additional motions prior to the pretrial hearing. 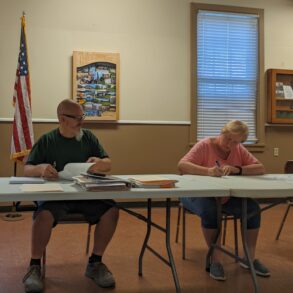 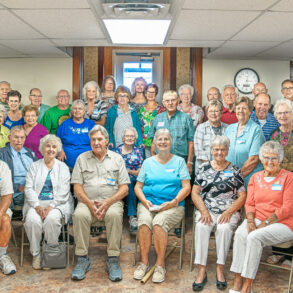