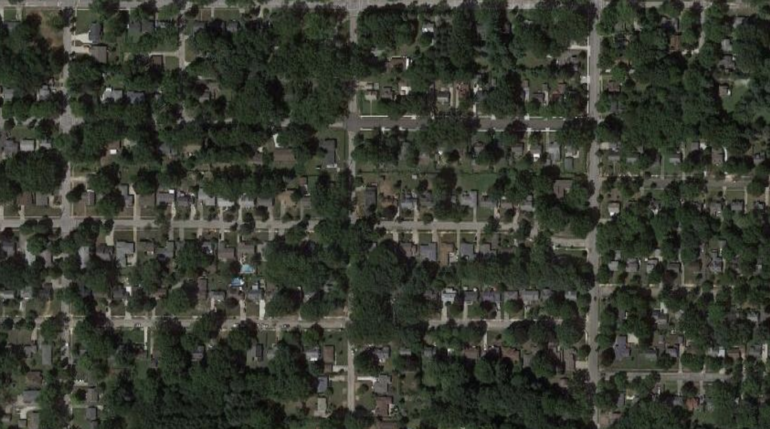 A group of landlords and tenants in Kent say the city’s 2019 rollout of residential rental inspections is an invasion of privacy, and they’re suing the city to put an end to the practice.

Kent landlord Bernie Noble said he had no problem with the new biennial inspections until his tenants started voicing their concerns. So he refused to schedule inspections and started racking up citations and fines from the city’s Community Development Department, which is tasked with conducting the inspections. As a noncompliant landlord, he also faces having his property condemned.

Kent has demonstrated “complete disregard for the health and safety of Kent residents” during the pandemic, Noble said in an interview with The Portager, adding that tenants have a “Fourth Amendment right not to let anybody in their home.”

Whether safety inspections violate residents’ constitutional right “to be secure in their persons, houses, papers, and effects, against unreasonable searches and seizures” is up to the courts to decide.

Wortman, who has rented from Noble for 27 years and signed onto the lawsuit, said she simply wasn’t comfortable letting people into her home, which she said is well cared for.

“I don’t know why they’re doing this,” she said. “With me being here by myself, I don’t want anybody traipsing through my house. I’m just not going to do it.”

Pointing to the home’s immaculate interior and exterior condition, to her new smoke and carbon dioxide detectors, and to her fire extinguisher, Wortman said Noble is conscientious about keeping everything in order. Wortman agrees that all landlords are not like Noble, but remains steadfast. No one will enter her home, she stated.

Bridget Susel, director of Kent’s Community Development Department, which is named as the defendant, declined to comment on pending litigation. But she provided several documents outlining some of the functions of the inspections and a summary of the inspection findings, which have uncovered hundreds of housing violations.

Landlords are provided with a document that details each element of the inspection: number of occupants (single-family homes cannot have more than two unrelated tenants living there), exterior property conditions, exterior and interior structure, garbage, lighting and ventilation, plumbing facilities, mechanical and electrical, and fire safety requirements.

Since they began inspections in January 2019 and Oct. 5 of this year, the city inspected 1,258 properties, of which 785 had to be re-inspected, according to a Community Development memo.

Fifty-one properties owned by nine different landlords or rental entities, representing 4% of all rental residential properties, have not been inspected. The documents do not explain why they haven’t, but presumably Noble’s are among them.

In October 2020, Kent Code Enforcement Officer Eric Helmstedter notified Noble in writing that unless he submitted a completed rental licensing agreement, with payment, and scheduled an inspection, he would receive a civil offense citation for each of his units, resulting in a $100-$300 fine per violation. The next month, the city issued Noble that citation, stating that if he refused to answer or act, the unpaid fines would double in 11 days, and fines sent to the Portage County Auditor for collection via property taxes would double again.

Landlords who operate unlicensed residential rentals are subject to fines of up to $1,000, the citation states.

Noble also received an $900 invoice, payable to the City of Kent.

In February, Noble, his tenants and two fellow landlords filed their lawsuit against the city of Kent, demanding that the inspections cease and their fines — some of them totalling tens of thousands of dollars — be nullified.

The lawsuit alleges a violation of the tenants’ Fourth and 14th Amendment rights, which forbid states from making or enforcing laws that abridge citizens’ privileges and immunities, or to deprive citizens of life, liberty, or property without due process, or deny citizens equal protection of the laws.

The plaintiffs allege Kent’s inspections threaten landlords and tenants with inspections of their homes without probable cause, retaliate against landlords for not scheduling inspections by assessing fines (and collecting them through the county auditor and treasurer), and by threatening condemnation and possibly removing them from their homes.

In interviews with The Portager, others living in and around Kent expressed mixed feelings about the licensing of single-family homes, which Kent City Council enacted in 2016.

Josh (who asked not to publish his last name for fear of retaliation from the city) lives in an unlicensed Kent rental home with his family and believes inspections constitute an invasion of privacy. Tenants with bad landlords can move to a new home, he said.

But moving is not only an inconvenience, it’s costly. To move, renters must come up with first and last month’s rent, a hefty security deposit, and potentially pay fines for breaking a lease.

“Leaving doesn’t solve the problem, it just passes it on to the next person who is probably naively coming in again,” he said.

Becker wants to know what the landlords are hiding. Inspections are about safety, security and standards, not about punishing good stewards of their property.

“It’s going to stop your slumlords, your absentee landlords, so I absolutely support such a thing,” he said.