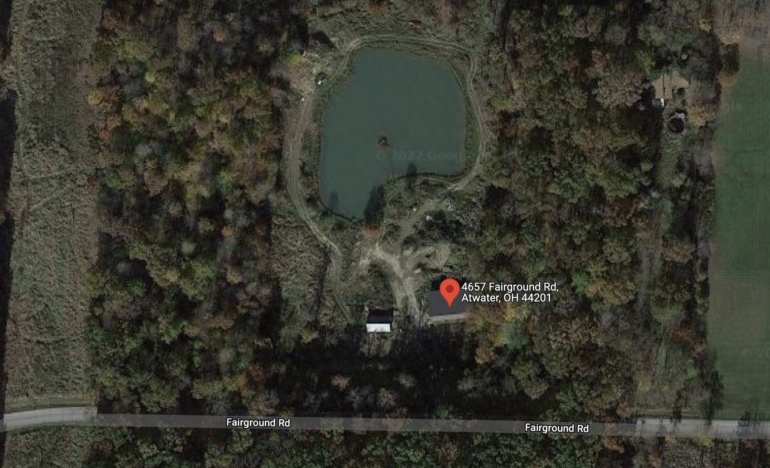 A Randolph man was arrested after shooting someone on Fairground Road and leading multiple law enforcement agencies on a manhunt through his forested and booby trapped property, the Portage County Sheriff’s Office said.

The incident started at about 4:30 p.m. the same day, when Portage County deputies responded to a report of a man who had been shot, according to a sheriff’s office press release.

A passer-by located the man in a ditch on Fairground Road. Sheriff’s deputies requested an ambulance from the Randolph Fire Department, and the victim was transported to receive medical attention.

Deputies continued their investigation, which led them to Winters, who lives at 4657 Fairground Road, near where the victim was located.

“Deputies were advised that the suspect had concealed booby traps throughout his property ranging from 12-foot holes to explosives,” the sheriff’s office said.

An aerial view of the Winters’ property shows a large pond surrounded by denuded land. A house and outbuildings are sited near the road.

Believing Winters had barricaded himself, officers from the PCSO Swat Team and the Alliance Special Response Team arrived on scene, where they were joined by the Ohio State Highway Patrol Special Response Team. The state troopers provided air support and a robot, the sheriff’s office said.

Realizing that the property was surrounded by woods, offered limited access, and had a gated driveway, the PCSO obtained a search warrant for the property and residence. The PCSO SWAT Team and Alliance SRT officers entered the property through the front gate, and then all the responders, along with the robot, cleared all the structures and buildings.

The Ohio State Highway Patrol helicopter observed WInters, who was then identified as a possible suspect, through thermal imaging in a wooded area behind the property.

From the air, they could see Winters several times as he crawled and ran through the property, even as SWAT and SRT teams drew closer, the press release states. They guided the officers on the ground to Winters’ general location, and, using night vision, soon located him in a tree.

He was arrested without incident and transported to the Portage County Jail, where he remains in lieu of a $100,000 cash bond. Winters faces a preliminary hearing on Aug. 26, though he may be indicted prior to that date.

Winters is no stranger to law enforcement.

The incident took place the week before the Randolph Fair, on a property opposite the fairgrounds. The shooting and road closure on Fairground Road disrupted activities there but did not appear to affect the preparations.

Correction: An earlier version of this article reported that Winters was found guilty of telephone harassment and of violating a protection order (later amended to disorderly conduct) in 2008 and of aggravated menacing in 2007. However, these convictions were for another person with an identical name and sometimes listed with the same address. The article has been updated. 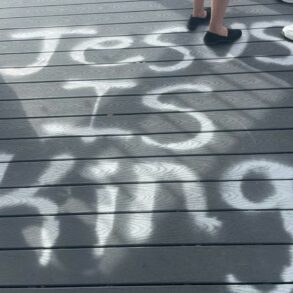