My mom and dad took me to the theater to see “Jaws” when I was 7 years old.

It was 1975, and it was my indoctrination into being terrified by a movie. (Dragging a little boy who had just finished first grade to the theater to watch human beings get devoured by a giant shark probably wasn’t the best parental judgment you’ve ever seen, but that’s another discussion for another day.)

That movie affected me deeply, starting with my personal hygiene. After I saw “Jaws,” mom had to pull out every mom trick in the book to get me into the bathtub. I wanted nothing to do with water, and I especially wanted nothing to do with sitting by myself in it. I didn’t care where it was: the bathroom in our apartment in Mogadore, the Atlantic Ocean, it was all the same to me.

People were in water in the movie, and it didn’t work out all that well for them because the shark was in the water, too. So I developed a very serious aversion to water.

This was followed by our first family vacation the following summer — to Wrightsville Beach, North Carolina. To the Atlantic Ocean — the actual home of Jaws. We spent a week at the beach, and I may have dipped a toe in the water once. Maybe. There was absolutely no chance of me going into the ocean. None. Zip, zilch, nada.

I was perfectly content to spend most of my time at the pier or in nearby Wilmington exploring the battleship USS North Carolina, which we toured — twice. Steven Spielberg cost my mom and dad some serious beach time in 1976.

I say all this because the Halloween season — by far my favorite time of year — means various networks showing horror movies 24/7 throughout October. While Jaws isn’t a horror movie in the classic sense (although it certainly horrified — and emotionally scarred — millions who saw it), it was my baptism by fire with the genre. But, my phobia of water as a child notwithstanding, there are movies that actually scared me worse than “Jaws.”

With the body of Halloween season 2022 still warm (sorry, I couldn’t resist), here are the top five horror movies, in ascending order, that terrified me to the point of altering my life in some way:

5. Poltergeist. I saw this one at the theater with Mom and my best friend Mike when I was 14. It was another Spielberg film, so I should have known what I was in for right off the rip. But so was ET, released at almost the same time in 1982, and that one was warm and fuzzy. Turns out, Poltergeist was not warm and fuzzy.

Going in, I didn’t know much about poltergeists other than the word “poltergeist” was German for “noisy spirit.” So I’m thinking the traditional ghosts rattling chains in the attic. Spooky, maybe a little eerie, but not downright terrifying.

At one point during the movie, I looked over to see how Mike was holding up, and I couldn’t see him. For a second, I thought he had gone to the concession stand or restroom until I looked closer and saw him slouched so low in his seat he was almost falling out of it.

And I wasn’t sitting much higher in my own seat.

To this day, there are times when I see a little toy roll across the floor and my natural reaction is to run out of the house — until I realize it’s one of my cats batting it around. I believe that’s called PTSD. Thank you, Steven.

4. Dracula (1979 version). I love Gothic horror. The old Dracula, Frankenstein and Wolf Man movies are as good as it gets as far I’m concerned. But the 1979 version of Dracula was different. Frank Langella played Bram Stoker’s vampire count, and it wasn’t so much that he was terrifying — although he was — as the fact that he created other vampires that were even more terrifying than him.

And the scene in the movie when Professor van Helsing, played by one of my all-time favorite actors, Laurence Olivier, unwittingly runs into his now-undead daughter Mina in the network of mines that ran underneath the cemetery where her coffin was located has stuck in my psyche for 43 years. The feeling of abject helplessness that I felt for van Helsing when he saw Mina’s reflection in a puddle of water and realized that he was trapped below ground with a gruesome-looking vampire was my sum of all fears at age 11.

3. The Omen. Movies in the mid-1970s were not kind to children. If they weren’t getting munched by sharks, they were the devil incarnate — like Damien in this movie. Technically, Damien was the Antichrist, but I wasn’t splitting hairs when I saw the movie at age 8. All I knew is that people had a bad habit of dying grisly deaths around the boy, and then one day he found horns starting to grow out of his scalp.

At least with monsters, you expect bad things to happen. But Damien was the adopted son of an ambassador and his wife, and if he could be the embodiment of evil, then any little kid was fair game — and I was a little kid.

The music in the movie also added to the deep sense of dread. This movie is as disturbing to me today as it was 46 years ago.

2. The Exorcist. This movie was released in 1973 when I was 5 years old. Thankfully, I didn’t see it then. I’m not sure exactly when I did, but I was still pretty young and completely blindsided by the fact that a little girl was possessed by a demon. Like I said, children were fair game in horror movies in the ‘70s. Unfair, yes, but it made for a great theater.

And speaking of theaters, some people actually had to be carried out of them because they had such an adverse physical reaction to some of the scenes. This is still the most disturbing film I’ve ever seen on a lot of levels, and even when it’s on at Halloween time, I have to be in the right frame of mind to watch it — and there are times when I don’t. It assaults the senses and, like Damien in “The Omen,” if little Regan can be inhabited by a demon, so could any other little kid.

Which takes me to …

1. Salem’s Lot. No movie (actually, this was a TV miniseries, but close enough) affected me as deeply and terrified me more than this one. And yes, it was on television. I watched it with Dad in the living room of our apartment in Mogadore when I was 11, but even having my father in the same room did nothing to alleviate the horror of watching the absolutely grotesque vampire Barlow ravage the unsuspecting residents of Jerusalem’s Lot, Maine. Barlow was modeled after F.W. Murnau’s vampire, Count Orlok, in the 1922 silent classic “Nosferatu,” only Barlow was bigger, badder, uglier, and a whole lot more brutal when attacking his victims. Everything about this movie and Barlow was in-your-face terror. It was like the film itself despised you, and you could be the next victim.

The worst part: Barlow and his minions went after little kids, too (I’m telling you, this was a thing with Hollywood in the 1970s). And they went after these little kids in their bedrooms, which I always assumed was off limits until I saw this movie. But in “Salem’s Lot,” no one was safe anywhere.

The clincher for me came late in the movie when Barlow’s coffin was discovered in the basement of a creepy old house. It was found by the movie’s protagonists in a little cubby hole room off the main part of the basement. This is relevant because two months after I watched this movie, our family moved to a house in another part of Mogadore, where my bedroom was located on the second floor. I didn’t like that arrangement, because Mom and Dad’s bedroom was on the first floor, leaving me isolated on the top floor of the house.

But that was the good news. The bad news was my bedroom had two cubby holes on each side of the room. That was a no-go for me thanks to “Salem’s Lot.”

So, a few weeks after Dad moved all my bedroom furniture up to the second floor and got everything set up, he had to move it right back downstairs because I wasn’t getting any sleep whatsoever. I tried everything, including leaving every light on all night, but I couldn’t take my eyes off the flimsy doors to the cubby holes. And turning the lights off and being alone up there in the dark was completely out of the question.

Because Barlow was in one of those cubby holes. I just knew it. 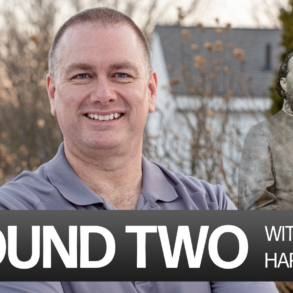