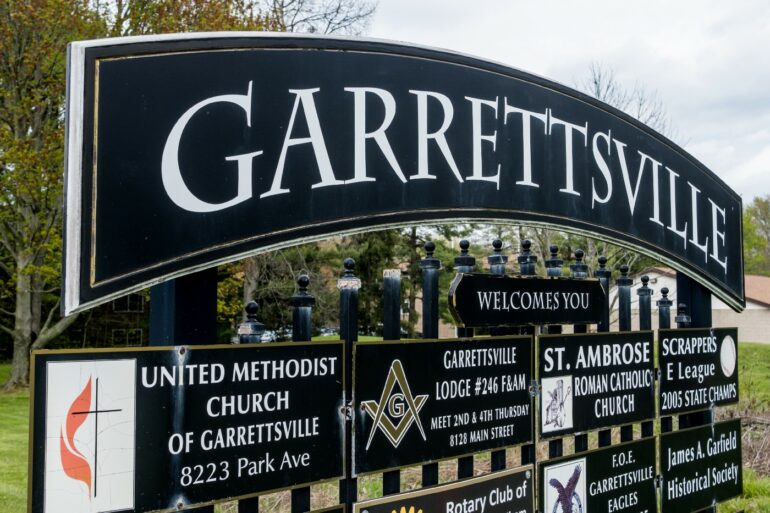 Garrettsville is considering establishing a Downtown Outdoor Refreshment Area, which would allow patrons at area restaurants to consume alcohol outside. The DORA would include parts of Main and South streets.

There were no comments at a May 12 public hearing to establish the DORA, but one person posted a comment on the village council’s YouTube page: “Does Garrettsville really need more public intoxication? When is the village going to address the drinking and driving that’s happening?”

Council did not respond to the comment at the hearing. They’re poised to approve the DORA at a special meeting set for 4 p.m. May 19.

As the end of its five-year dispatch contract with Mantua nears, Garrettsville Village Council is proceeding carefully as it eyes a potential contract with the Portage County Sheriff’s Office.

Switching dispatching services to the sheriff’s office would save the village $55,000 a year, and would bring all dispatching services — police, fire and EMS — under one roof, Council President Tom Hardesty said. Going with the sheriff’s office would also mean a one-year contract instead of the five-year agreement Garrettsville has had with the Village of Mantua.

Anxious to retain Garrettsville’s contract, Mantua Mayor Linda Clark has indicated that she could reduce contract costs to some extent, Hardesty said. However, he noted that since Mantua’s equipment is old, their service could “go down” at any time.

“If we do in fact go with the sheriff’s department, the contract, rather than being effective Jan. 1, 2022, Tim [Christopher, Garrettville’s police chief] prefers to make it effective Dec. 1, 2021, so we have a month of overlap because we don’t want to take and try out the new system on New Year’s Eve,” Hardesty said.

The month-long learning curve would ensure a smooth transition, he said.

Council will continue to investigate its options.

Though one resident encouraged council to use the money it saved on paving to get curbside recycling in the village, council stated that any money saved will go toward other paving projects.

Council has not heard from Bill Steiner, director of Portage County Solid Waste Management District. As costs for central drop-off sites threaten to increase, some villages and townships have or are considering ending those contracts with the recycling center. Steiner has been considering regional drop-off sites, but so far Garrettsville has not been approached.

Council encourages residents to contact whatever trash hauler they contract with, and see if curbside recycling could be offered as an additional service.

FYI: Residents who want to recycle paper, as in newspaper, cardboard, waste paper, and magazines or catalogues, may use a recycling bin by the east end of the school bus garage. No glass, bottles or plastic.

If you’ve got an electric car, or you’re planning on buying one, northern Portage County is the place to be. Garrettsville Mayor Rick Patrick announced that the village received a grant to install two EV stations, enabling motorists to charge up. The stations will be in the lower parking lot by the police stations, hopefully by mid-summer.

Tesla owners are out of luck, however, as those vehicles require a different kind of charging station, Patrick said.

Windham recently announced that it will install an EV station with funds from the same grant.