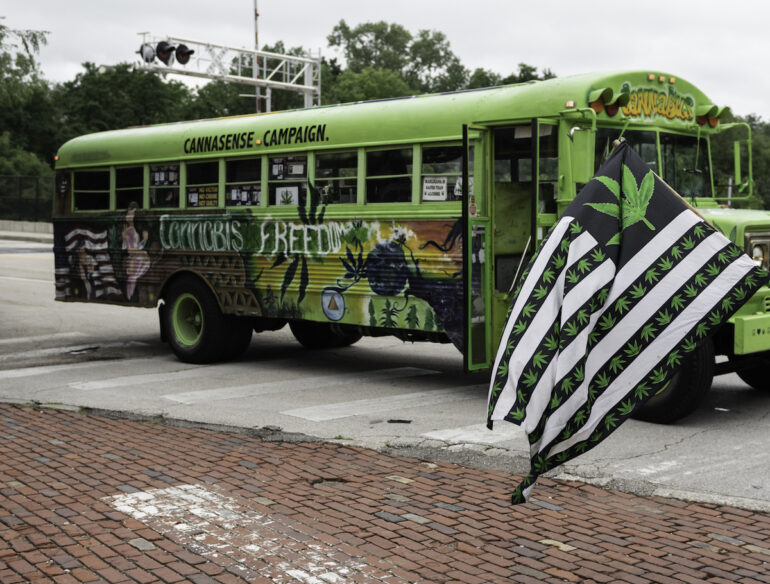 A referendum on whether Kent should erase criminal penalties for possessing up to 200 grams of marijuana will likely go before voters after the Portage County Board of Elections validated 13 more signatures in a contested ballot initiative.

A counting error by petition organizers initially caused elections officials to invalidate three portions of their submission, leaving them four signatures shy of the 806 necessary to trigger a referendum.

But an unrelated case before the Ohio Supreme Court gave the Sensible Marijuana campaign new hope. In that case, Ferrara v. Trumbull Board of Elections, the court ruled on Sept. 14 that inadvertently miscounting the number of signatures on a “part-petition” is no reason to invalidate all the signatures on it.

The Portage County Board of Elections asked a bipartisan team to examine the three part-petitions from the Sensible Marijuana petition. On Tuesday, the board reported that the ballot initiative had garnered 815 signatures.

Read our previous reporting with more details about the petition

“This was the outcome we expected from the beginning,” Sensible Kent campaign manager Michael Fricke said. “It’s to the voters now, so the voters will decide what’s right for Kent.”

The Board of Elections will now notify Kent City Council of its updated findings. Council is expected to determine its next steps in January, said Clerk of Council Amy Wilkens. Options are to put the issue before voters in an upcoming election, to bypass voters by passing its own decriminalization ordinance (so long as it is similar to Sensible Marijuana’s petition), or to do nothing.

That last option would likely result in a lawsuit, said Theresa Nielsen, deputy director of the Board of Elections.

Kent Police Chief Nicholas Shearer noted that 200 grams of marijuana is nearly half a pound, significantly more than he has ever seen considered as personal use.

“It is likely that anyone in possession of more than 2 ounces of marijuana would be charged with trafficking in marijuana rather than a simple possession offense,” he said in an email, adding that Kent police officers are responsible for enforcing Ohio law.

“Regardless of what decriminalization efforts take place here locally in Kent, possession of marijuana is still a violation of state law, and our officers will still be expected to enforce that state law,” he said.