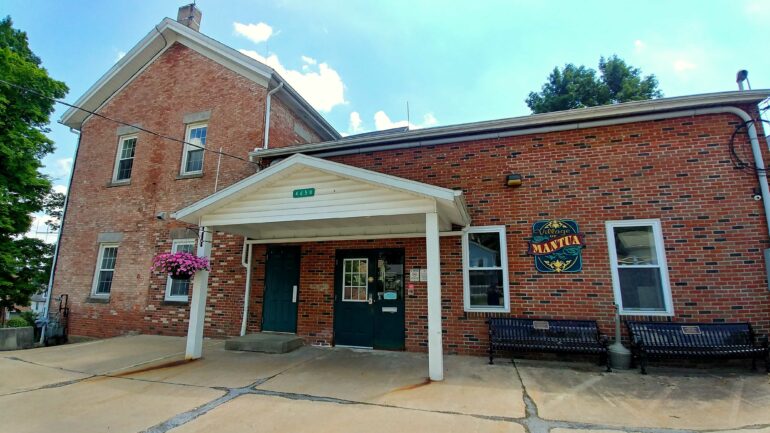 Mantua Village Council Member Scott Weaver has been charged with menacing, a fourth-degree misdemeanor, after a verbal exchange with a village resident during a Nov. 7 council workshop.

Sebastian Paratore, who also goes by Sam and runs a business in town, said he filed the charges “to ensure proper action and discipline [was] taken” after he claims Weaver “threatened him with bodily harm.”

Weaver did not respond to The Portager’s request for comment.

Weaver has hired Cleveland attorney George Kennett to defend him and pleaded not guilty on Dec. 8. He has requested a jury trial.

On Jan. 13, Municipal Court Judge Melissa R. Roubic granted Kennett’s request to put the proceedings on hold for 14 days while he reviews audio and video of the incident.

Those 14 days have not passed yet. Weaver’s pretrial hearing is set for Jan. 25.

The Portager obtained an audio recording of the proceedings from the village. According to the audio file, Paratore said something unintelligible while Mayor Linda Clark was speaking about who should be tasked with evaluating village employees.

Weaver can then be heard saying, “Do not interrupt this meeting. You’re going to keep your mouth shut or I swear to God I’m resigning as a council member and I’m taking you outside, you little prick.”

At that point Clark’s voice broke in, saying, “That’s enough. That’s enough from both of you. Everybody take a deep breath.”

Weaver again ordered Paratore not to interrupt the meeting as someone tried to calm him, saying, “Scott.”

“You just threatened me,” Paratore said. “That’s a bodily harm on me. I could press charges on you.”

“Do it, you little pedophile, do it,” Weaver said, more quietly. As he finished the sentence, the room broke out into noise, with some people groaning and someone slamming what sounds like a gavel. Clark shouted, “That’s it! This meeting is adjourned!”

But Paratore’s voice can be heard asking Weaver, “You have a problem with me going to prison?”

Clark again called for the back and forth to end. An unidentified male voice said, “Sam, don’t say another word.” (Paratore later said it was Police Chief Joe Urso.) Another unidentified voice, possibly Weaver’s, is heard asking, “You want to eyeball me?”

Listen to the audio below. The relevant exchange begins just after 11:55.

Clark said that when the audience gets out of control, it is the council president, not the mayor, who should maintain order. Eventually the meeting continued.

Paratore filed the complaint in Portage County Municipal Court’s Ravenna branch on Dec. 5, claiming that “Scott Weaver did make threatening statements to Sebastian Paratore during a workshop held at the Mantua Village Hall. Weaver’s threats and actions alarmed the audience and made Paratore fear for his safety.”

Clark declined to comment on the matter, including who the unidentified voices on the audio recording may have been.

Regarding Weaver’s accusation of Paratore being a pedophile, Paratore said he was convicted April 24, 2017, for a sexual offense committed in 2016. He spent three years in prison and was released in 2020.

“Enough is enough,” Paratore said. “I paid my debt to society. I did my time. I’ve moved forward. I came out and made my life better.”

Paratore owns Main Street Sub Shop in the village. He says he is a constant supporter of community events, contributing money and services before being asked.