Hiram is stretching dollars to maintain its 24/7 police coverage 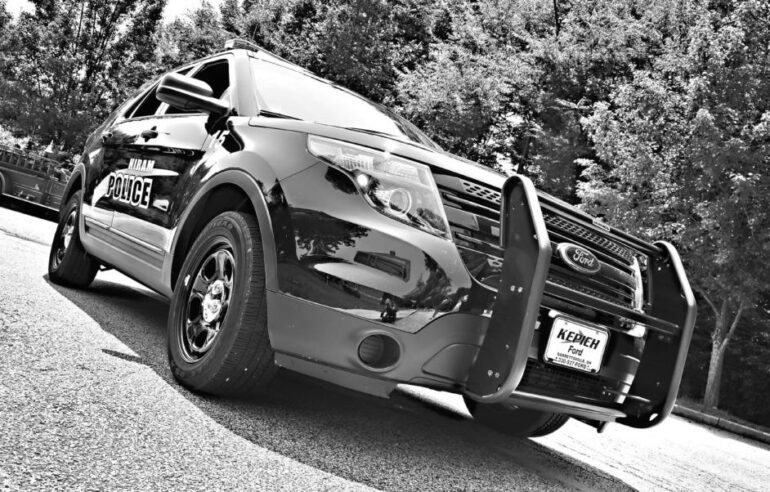 Round-the-clock police coverage in the Village of Hiram will continue despite financial concerns that threatened to reduce staffing.

Council also decreased the village’s tax credit from 100% to 50%, which meant residents who live in Hiram but work elsewhere took a hit. The village won’t see tax credit revenue until 2024, Szell cautioned.

Retiring the village’s K9 program saved another $7,000 annually, though Szell called that amount “a wash” as it went to cover wage increases for all village staff.

“We’re trying to find ways to generate revenue for the general fund because largely that’s what goes to pay our staff, other than fire and EMS, and that’s what we use to pay for capital improvements,” Szell said.

Some 45% of the village general fund is dedicated to the Hiram Police Department, he said. Council last year discussed but rejected increasing the village income tax from 2.25% to 2.5%. The money would have bolstered the general fund.

Hiram’s general fund, which is fed by income and property taxes and by state revenue that trickles down from county coffers, is simply not keeping up with increases in Hiram’s bills, he said.

The village has fewer than a dozen part-time officers, all of whom earn less than $17 an hour. Three full-time officers round out the roster, but recruiting and retaining officers is a challenge, Gregory told council members at a recent meeting.

The police chief added that he had personally worked thousands of hours without compensation since 2016 just to maintain his department’s 24/7 coverage of one officer per shift, with some overlap.

Hiram Village’s $32,000 safety forces contract with Hiram College expired at the end of June 2022, said Jenelle Bayus Sanders, the college’s media relations director. Szell said the contract was renewed then formally terminated when both parties agreed to do so in September 2022.

The college agreed to pay for some policing services it required from the village for events such as athletic competitions, commencement and Homecoming, Bayus Sanders said.