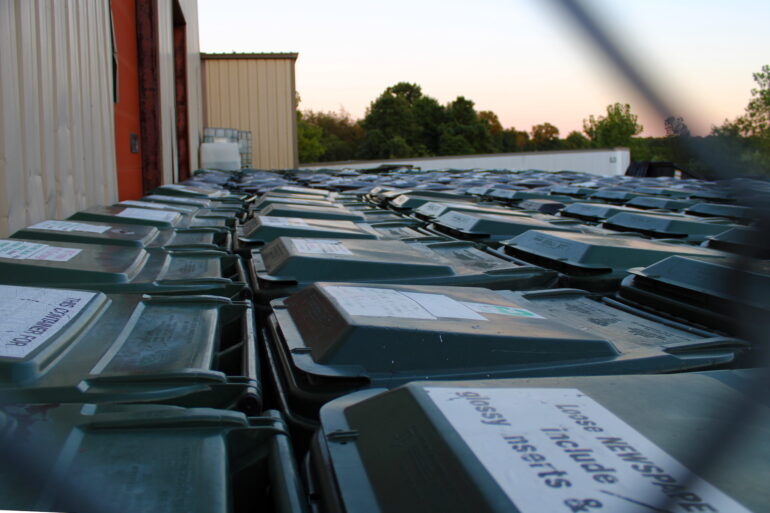 Recycling pickup is a hot topic in some of Portage County’s townships — especially in those where some residents seem not to have any service at all.

Last year the county dropped some communities from its recycling service roster, and asked others to accept new, more expensive contracts.

Hiram Village and Hiram Township were among those affected.

“The county dropped us,” Hiram Township Trustee Jack Groselle said. “We had a great deal with the county. They aborted the contract and then they dropped us. We had to do what we had to do.”

Hiram Village and Hiram Township contracted with Kimble Recycling and Waste Disposal, arranging for weekly recycling pickup at $6.13 a month, with annual rate hikes of at least 3%.

Some residents say their recycling is not being picked up at all. Groselle said that’s true among residents who do not already use the Kimble trash collection service.

“We are forced to pay for a service that they have no provision to deliver,” one resident told The Portager in an email, alerting us to this story. “My recycling is stacking up!”

The resident said Kimble dropped off new recycling bins for those who are already trash customers. Everyone else is waiting.

“I told him this was going to happen,” Groselle said, referring to Joe Sciarretti, a Kimble sales manager. “I told him from way, way before they handed the [bins] out. Why would you not want to deliver to everyone in the township, and pick up an extra dollar, an extra $6.13 a month from people that you’re driving by anyway?”

Kimble’s answer, Groselle alleged, was that the company would serve its trash customers first, and deal with the rest later.

“I’m furious with Kimble because they’re lying,” Groselle said. “When people call up Kimble, they’re lying. There’s nothing in the contract that says they have to get trash. That was not in the provisions at all. If people want to have just recycling, they should just be able to get just recycling.”