Aurora extended a development moratorium in place since 2020 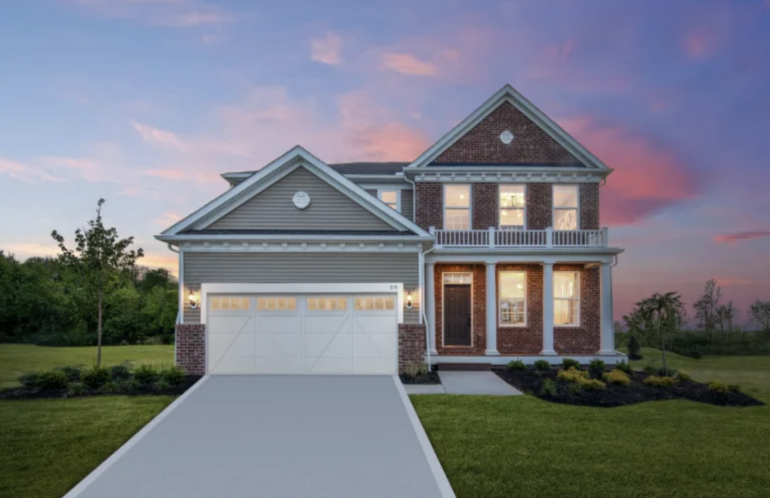 A rendering of one of the homes being built at Renaissance Park at Geauga Lake. Image via Pulte Homes

Aurora City Council has extended a moratorium on new development projects in the city, pending multiple zoning and infrastructure studies.

“The city has a big new development going in at the former Geauga Lake site, and with that in the works we undertook several studies [with outside firms] to better control development going forward,” Aurora Mayor Ann Womer Benjamin said.

Renaissance Park at Geauga Lake is a 246-acre development with homes starting at $315,990, according to developer Pulte Homes’ website. The site plan shows 86 townhomes and traditional single-family homes arrayed on two roads.

The building department’s review of a draft density study is underway. The stormwater model and plan have not been completed yet, but all work should be done by a July 1 deadline.

Armed with a density and zoning study and a stormwater plan, city leaders will be able to update Aurora’s regulations before accepting new development applications. Some updates may also include zoning changes that will need to be decided at the ballot box.

In addition, Aurora’s Master Plan Review Commission, appointed every five years, will scrutinize the city’s development, capacity for growth and zoning. That commission will make its own recommendations.

“The city is seeking to prevent overgrowth and the negative impacts from it on services, stormwater, traffic and infrastructure,” Womer Benjamin said. “We are planning ahead.”

“The moratorium is for the city to evaluate its existing zoning and see if it needs to be updated or amended,” said Denise Januska, director of Aurora’s planning, zoning and building department.

Januska said only one developer has been turned away during the moratorium. The company had called to inquire about adding single-family condos to an existing development.

“All the other ones are just sitting back and biding their time,” she said.