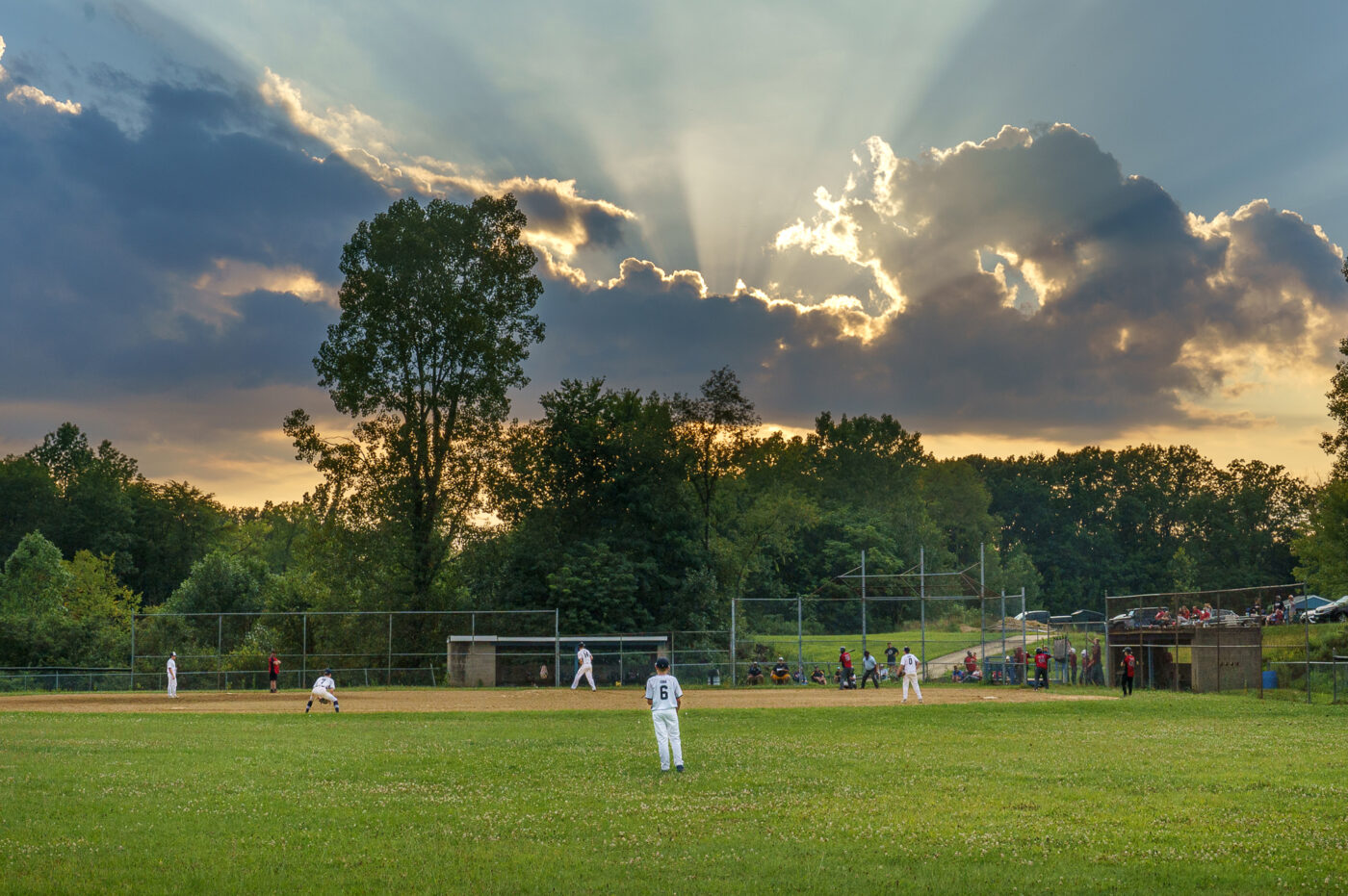 Rain isn’t the only baseball-season annoyance. Parents taking their kids to Hot Stove Baseball games at Volunteer Park in Ravenna know this well, as most of them have navigated the pothole-riddled road to the fields.

Teams in Portage County and beyond rely on the 10 baseball fields at Volunteer Park for their games and practices, but the deterioration of the access road has diminished the number of teams that are willing to use the park.

But that has all changed since one Ravenna mom, Teresa Brown, decided to do something about it. With the help of some gravel, a judge and a spaghetti dinner, the park has been transformed.

Ravenna Hot Stove Baseball relies on volunteer work and donations, as well as funds procured by renting the fields out to various groups. Back when the fields hosted games for 20-30 teams during a season, Hot Stove Baseball Board President Ralph Townend said it was much easier to improve the facility. But now that there are only 15-20 teams using the field in a season, raising funds for maintenance and repairs is much more difficult.

“It’s just one of those things where times are tough,” Townend said. “There’s some improvements that need done down there, but we just don’t have the turnout that we used to. It’s dwindled down, so the funds aren’t there anymore to keep the facility up to where it needs to be.”

Lisa Hall has been using the road to take her son, Alex, to his baseball events for the past six years. The road had been in need of repair for so long she’d learned to maneuver around the potholes, but says it was much worse when it rained.

“It was awful,” Hall said. “You would have to go super slow, or you’d hit the ditch, maybe your tire would fall off, or something like that. It was just terrible.”

In some cases, the crumbling road has caused damage to cars, auto accidents, and has also inhibited the park from sponsoring tournaments for teams that prefer to play where the access is more desirable. The road had been in need of repair for several years before Brown stepped in.

“It’s always been like massive potholes,” Brown said. “I’m talking, people losing axles. Some lady ran off the road — my husband had to push her back on the road — because she hit a pothole and flew over in the yard. It was not just a couple potholes, it was like craters. It’d take, like, 15 minutes to get back to the field. It’s over half a mile.”

Brown contacted Townend to come up with a plan. She happened to know some gravel road maintenance technicians.

“I was able to get a couple of friends, who don’t want to be named, to get a couple tons of asphalt grindings and machines,” Brown said. “And they went out there in one day and fixed it. So, I was like, oh, my God, I can’t believe it’s drivable now. Well, next thing I know, I get a call from the president of Hot Stove.”

The call was to inform Brown that a $125,000 grant had been awarded to Hot Stove Baseball by the Portage County commissioners through their revolving loan program.

Brown said the initial quote to get the road paved was $225,000, but with the volunteer work her friends did, along with the grant, there would be enough funds to nearly finish the project in its entirety.

Ravenna Mayor Frank Seman was the principal at Brown Middle School for 18 years. Though he’s now retired from the school, he said he knows many of the parents of the children that play baseball at Volunteer Park and sees them regularly. Accordingly, Seman became invested in helping Brown carry out the road rehabilitation.

“I helped her from a standpoint of getting approvals and things,” Seman said. “Teresa deserves the credit for this happening. She was persistent in trying to solve the problem. She came in and found a grant that thought might cover it. She filed for the grant and received it. She was fortunate, I think, but also it was her act of involvement that convinced the powers that be to grant this to her. The kids and their parents will have much better access to that [park].”

With the advantage of having the community on her side, Brown decided to help organize a spaghetti dinner to help raise funds to get other repairs done at Volunteer Park. She’s a manicurist, and some of her clients work at the courthouse — including Judge Laurie J. Pittman.

“I was doing Judge Pittman’s nails, and I was talking to her, and she was like, ‘I’ll donate club seats to the Guardians game; you can raffle those off.’ So we did. We sold 500 tickets and we made like $3,500 dollars off of that. Super generous of her. Very, very nice.”

Yet, more of Brown’s friends entered the roster of contributors to help with the fundraiser.

“I belong to the Eagles Club in Ravenna,” Brown said, “and they donated the hall, and the Legion and the town donated the spaghetti and cooked it all. Like, it was crazy, it just happened. People were just like, I’ll help, I’ll help, I’ll help. With the benefit, with the tickets Judge Pittman donated, and the cash donations with the local businesses, we were able to raise $10,000 to try to get the concession stand fixed, which is falling in. It was $12,000 just to put siding and a roof on it.”

There’s still a long list of repairs that need done at Volunteer Park. Some of the dugouts don’t have walls, and the ones that do have concrete blocks that need tuckpointed in places, along with other repairs. The bleachers and the indoor batting cages need work, and ballfield sand costs $25,000 for all five fields, which needs to be replaced from time to time. The park could also use lighting on the fields, so the children can play after dark.

Currently, Brown is trying to name a road or a field after Hot Stove Baseball board member Lonnie Stacy, who Brown said, “helped start the fields in, like, ‘68 or ‘69. For almost 50 years, he’s been dedicating his entire life. I don’t know if he’s ever gotten any recognition. This guy is still mowing the grass there.”

“My whole thing with this is, I’m just a mom on a mission,” Brown said. “This was my kid’s first year, and the driveway was a mess. So, the third time [driving down the road], I was just like, jokingly, ‘I gotta get this thing fixed.’”

And that’s what she did, and more.

If you’d like to volunteer or donate to Hot Stove Baseball’s ongoing projects you can contact President Ralph Townend at 330-221-4708.

Correction: An earlier version of this article referred to the grant as coming from Neighborhood Development Services. NDS merely administers the revolving loan program, but the grant was from the county commissioners.