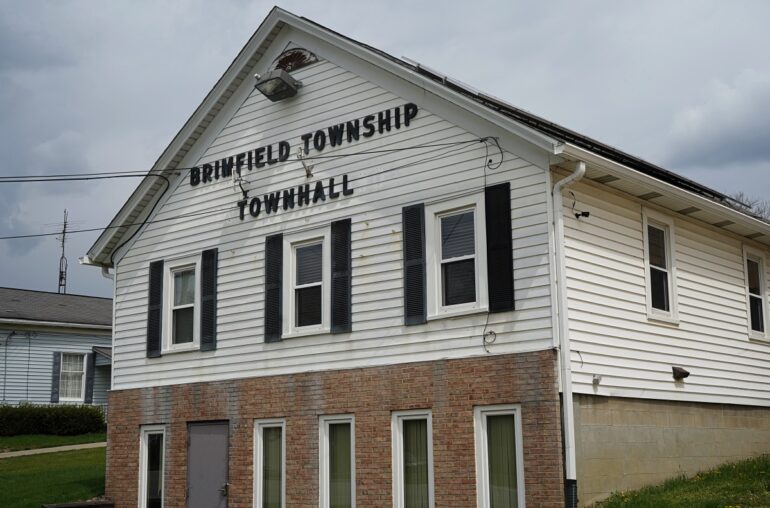 Thanks to a financial windfall in the form of American Rescue Plan funds, Brimfield residents will decide on a 1.95-mill police levy in November instead of the originally planned 2.38-mill levy.

And instead of providing the police department with about $724,591 annually, the total amount coming from taxpayers will be closer to $594,823.

That $68 could well go even lower if the tax base increases. The total levy amount of $594,823 can never change, but the more property owners there are, the smaller each taxpayer’s portion gets. If voters pass the levy, that could be good news for property owners in a township undergoing rapid population growth.

The American Rescue Plan is a $1.9 trillion economic Covid-19 stimulus package headed to every city, village, county, and township government in America. Brimfield’s share is $1,082,078, divided into two payments of $541,039. The first payment is expected in a few months; the second at some unspecified date next year.

The levy and stimulus funds would “allow us to add at least two additional patrolmen, continue our vehicle maintenance and exchange program, and continue to make technology upgrades for our officers,” Trustee Nic Coia said.

“When budgets get tight, the first thing that gets cut is training,” Brimfield Police Chief Roy Mosley told The Portager last month. “It’s important to me that we have that money to invest. Our officers want that and the community expects that.”

“This levy will be to continue our funding for five more years, and also allow us to add more police officers,” Adkins said. “That is to deal with the increased call volume we’ve had. It’s not just numbers of calls, it’s the type of calls, and time spent on calls. When we have two people working, and they’re both in the Cascades area, there’s no one else patrolling the township.”

“Last year in 2020, nearly 70% of all theft reporting for our community occurred in this retail district,” he said.

Walmart alone drove police activity with a 54% increase in service calls from 2015-2020, and in 2019 nearly half of all theft reporting was from that location, he said. The Cascades and Maplecrest sometimes require multiple responses per day and per shift.

Also of concern is the township’s cluster of hotels along the Route 43/I-76 corridor. In 2015, Brimfield police responded to 295 calls to those hotels, a number that rocketed to 921 in 2019.

As of last month, there had already been 419 requests for police, Mosley said.

The federal money comes with strings, but Brimfield trustees believe their plans meet all stipulations. If they’re wrong, the money will have to be repaid, and government entities can expect audits of all stimulus expenditures, Portage County Auditor Janet Esposito has said.