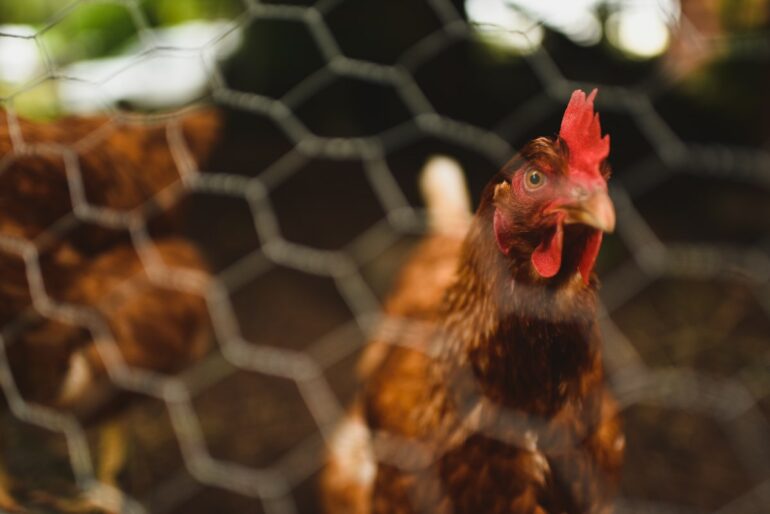 Residents in Streetsboro came out in support of less restrictive chicken ownership rules in the city on Monday, pushing back on proposed legislation that would banish roosters from urban areas and limit where people can keep hens.

Streetsboro City Council held a virtual public hearing about the proposed legislation in which multiple residents argued that chickens are harmless and no more bothersome than dogs. In fact, one said they make for good guard dogs.

Under the proposal, residents who live in urban and conservation districts would need to apply for a special zoning certificate allowing them to keep a maximum of six hens. No roosters would be allowed in these areas.

Residents who already have chickens would not be grandfathered in. Those residents would need to apply for a permit just like anyone else, Assistant Law Director Sara Fagnilli said after the hearing.

Debate centered on the definition of a subdivision, with council concluding that each application to keep chickens would have to be reviewed on a case-by-case basis.

It’s essentially a situation where size matters. If they were to leave out the stipulation that over 50% of properties in a subdivision must be 0.7 acres or more, it might have unintended consequences.

“I want to make sure that what we do and what we pass is actually going to help,” council member Justin Ring said. “Let’s make sure that the practical effect that occurs is beneficial to our residents and not just a few.”

The ultimate goal of the proposed legislation is for some of the city’s residents to enjoy a hobby, he said.

On corner lots, coops and runs would have to be set back from the street at least the same distance as the dwelling.

Coops would be limited to one per lot and would not be permitted in riparian or wetland setbacks. Residents would also have to comply with rules governing coop heights and lot coverage. Areas where the birds are kept would have to be fully enclosed areas with fences or evergreen plants at least four feet high so the chickens would not be visible from the street or neighboring houses.

Residents would not be permitted to breed or sell their live chickens, nor to sell chicken meat, eggs, or other chicken-derived products.

The ordinance would be more lenient in rural areas. Chicken coop setbacks in properties zoned RR (Rural Residential) would be reduced from 200 feet to 100 feet from the property line. Roosters would be permitted in those zones.

A Hale Drive resident said keeping chickens is a great hobby that teaches kids responsibility. Whether or not his property would be affected by the proposed legislation is uncertain, pending a more precise definition of a subdivision.

A Camelot Village resident said chickens would not attract predators such as coyotes, which already roam the city. She advocated for all residents being able to keep chickens regardless of lot size. She said they act as guard dogs.

The resident would not be permitted to keep chickens because of Camelot’s lack of lot lines and its zoning designation as an I-1 district, council members said.

“There’s nothing in my contract which says I can’t have them,” the resident countered.

Mayor Glenn Broska clarified that whether chickens are listed in the lease isn’t the point. Dogs and cats are listed and are the only allowed creatures, he said. He also said residents in Camelot Village do not own the property their mobile homes are on, putting them further outside the proposed code.

“They allow everything else, so I don’t understand why they don’t allow chickens,” the resident said of Camelot’s owners.

The resident said the city of Cleveland allows residents to keep chickens, including roosters, within five feet of property lines, so Streetsboro should, too.

Seasons Road resident Paul Yupa said some residents in the city’s rural areas already keep chickens as a hobby. The proposed legislation “could make those people legitimate,” he said.

Council received a letter from a family arguing that residents in all neighborhoods should be permitted to keep 6-12 hens. In addition to chickens providing healthy, organic eggs, residents who care for chickens find that doing so is educational, therapeutic and enjoyable, they said.

Chicken waste is a natural fertilizer for backyard flower and vegetable gardens, and small flocks of hens are much quieter than barking dogs which are already in many neighborhoods, the letter states.

The city’s service committee will continue to consider the chicken issue before sending any proposed legislation to full council.