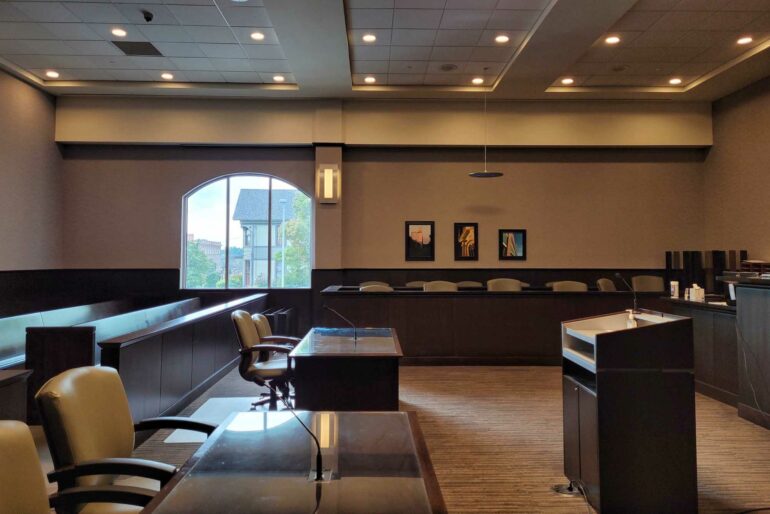 Judges Mark Fankhauser and Kevin Poland each won another six years on the bench in Portage County Municipal Court, defeating their Republican-backed opponents by large margins in the Nov. 2 election.

Fankhauser earned 15,524 votes, compared with 7,841 for his opponent, Joe Sontich, according to unofficial election results published by the Portage County Board of Elections. Poland garnered 15,318 votes, while 7,556 voted for Wes Buchanan.

They have each served two six-year terms already, during which time they introduced two special dockets to help defendants with drug abuse disorders and mental health issues.

They pointed to their experience to set themselves apart from their opponents, who campaigned on fresh policy initiatives — namely, special services for veterans and a new special docket for human trafficking victims. Buchanan and Sontich said the justice system could do more to support those vulnerable groups, while Fankhauser and Poland said they are already equipped to serve their needs.

In an interview, Poland thanked his family and voters, saying it was “humbling to receive that kind of support.” He also commended his opponents for the quality of the race they ran.

“The campaign I thought from all sides was professional, and I certainly appreciate that,” Poland said. “It was run as a judicial campaign and not a mudslinging event.”

Moving into his third term, Poland aims to continue building on the specialized dockets and upgrade the court’s technology.

Fankhauser too thanked voters and the people who worked on his campaign, saying he is “appreciative and humbled by all the support I received from so many good people in Portage County. … I could not have done this without them.”

“My opponent was a gentleman, and [we] both ran clean campaigns. That’s the way it’s supposed to be in local politics,” Fankhauser added.

The two challengers could not be reached for comment Tuesday night.

Sontich had posted on his campaign Facebook page on the morning of Election Day thanking his supporters and the volunteers who helped him distribute more than 9,000 door hangers.

“The ideas I presented particularly pertaining to drug abuse, human trafficking and veterans problems in the court system … will continue to be important regardless of today’s outcome,” he wrote.

Voters interviewed at polling places throughout Portage County often expressed indifference about the municipal court race, with many saying they didn’t know enough about the race to make a choice. Others based their choice on the candidates’ politics.

“My family’s super conservative, and they told me not to vote for Fankhauser. So I voted for

Others said they viewed the incumbents’ past terms favorably and saw no reason to change course.

“I find them to be honest and morally what I look for in a judge,” said Diane Dudek, a Ravenna resident who voted for Fankhauser and Poland. “They obey the law just like we do.”