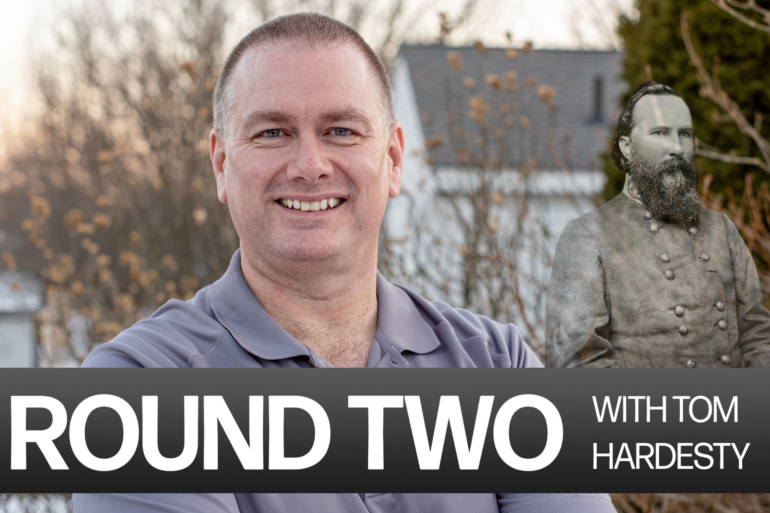 It’s been 27 years, and my wife Kim and I still can’t explain what happened to us one hot summer day in Gettysburg, Pennsylvania.

Military history is one of my passions — I read Ernie Pyle’s World War II classic “Brave Men” when I was 5 years old — so making a trip to the Gettysburg battlefield was always high on my bucket list. I finally got there during a family vacation when I was 13, and I couldn’t wait to go back as an adult.

My return trip to the site of the bloodiest battle of the Civil War came in August 1995. And just like my first venture to Gettysburg in 1981 with my mom and dad, I made the rounds to all the famous sites in the area with my wife: Little Round Top, Devil’s Den, Seminary Ridge and, of course, Pickett’s Charge.

We took a self-guided automobile tour of the battlefield, listening to the narration on the cassette tape (remember those?) in our car as we slowly made our way around the loop road that snakes through the Gettysburg area, stopping at all the key points of interest along the way.

It was a beautiful early-August day in southern Pennsylvania, T-shirt and shorts weather, and it took us hours to navigate our way around the battlefield. Toward the end of the drive, we reached the Confederate lines at the Pickett’s Charge area. Late afternoon was giving way to early evening, and the sinking sun cast long, eerie shadows as I parked the car near another point of interest.

This entire side of the battlefield from where Pickett’s Charge originated was wooded. As we got out of the car, I could see a large statue and some cannon through the trees ahead. We headed in that direction, and it was then I realized that we were the only people there — no other cars in the small parking lot, nobody around, just … silence.

We emerged from the woodline, and as we neared the statue, we noticed someone standing next to it, his back to us. It was a man, and he was alone. We got closer, and I could see that he was dressed from head to toe in Confederate military attire.

How cool, I thought. Right at the end of the day, and a reenactor is here!

As I started taking pictures, he noticed us and headed our way. His uniform was immaculate, complete with long white gloves which caught my eye as he extended his arm to shake my hand. No doubt it was the uniform of a high-ranking officer in the Confederate army.

If I hadn’t known better, I would have thought I was actually standing face-to-face with General Longstreet himself. I had seen photos and portraits of him in my war books, and this reenactor was a dead ringer.

He asked us where we were from. I smiled, knowing I was the ‘enemy,’ and said, “Ohio.”

“Well, you’re on the wrong side of the line,” he responded. “You should be up there,” he said, pointing across the large open field toward Seminary Ridge — the Union lines.

He’s going to stay in character, I thought. Fair enough, I’ll play along.

We stood there and talked with him for several minutes, asking him questions about the battle. Suddenly, it struck me that this guy had to be absolutely roasting in the August heat in that heavy Confederate uniform, yet he acted like he couldn’t feel it at all. I was very warm, and I was wearing shorts and a T-shirt.

He was very pleasant and never once broke out of character. As we talked, it occurred to me that we had driven all over the battlefield for hours, making countless stops, and had not seen a single Civil War reenactor until now. We must have just missed them, I figured.

After about 10 minutes, the man said, “Well, it’s about time I leave. It’ll be dark soon. It was nice talking with you.”

With that, he turned and headed down the path toward the road. Kim and I stayed a few more minutes, snapping off some more pictures, before walking down the same path to our car.

As we neared the car, another thought struck me: How is that guy going to get out of here? There were no cars around when we parked. From this section of the battlefield, it’s a long walk to get back to the visitors center area, particularly with nightfall coming soon. And in that thick Confederate uniform with heavy boots, too.

We reached our car, and there was no trace of him anywhere. We had only stayed at the statue a couple more minutes, so he couldn’t be that far ahead of us, I thought.

I figured we would see him as we started driving down the little road that took us back to the visitors center, but he was nowhere to be found. It was like he had vanished into thin air.

I drove slowly, the two of us looking in all directions trying to spot him. But by the time we got back to the visitors center, we still hadn’t seen him. This was a true mystery; the man seemed to just disappear.

We walked into the visitor center shortly before closing time and hurriedly picked out a couple souvenirs. Upon reaching the checkout, the woman behind the counter asked us if we found everything OK and enjoyed our day in the military park.

“Oh yeah,” I said, “we had a great day. And we even just talked to a guy dressed up as General Longstreet about 15 minutes ago down in the Pickett’s Charge area. That was neat.”

The woman stopped what she was doing, stared at us for a few seconds, and said: “General Longstreet? Are you sure?”

“Yes, I’m sure,” I answered. “He even introduced himself to us as General James Longstreet. I shook his hand and we talked to him and everything. He was dressed up just like him.”

She looked at us and replied: “We haven’t had reenactors here since the anniversary of the battle back in early July. I have no idea who you talked to.”

My wife and I do.