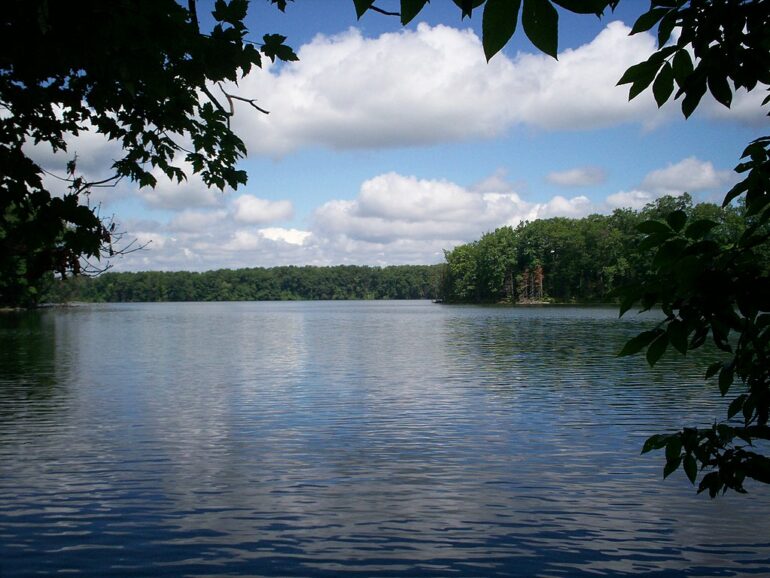 Portage County commissioners this month turned over 170 acres of Towner’s Woods to the Portage Park District, which had been leasing and maintaining it since the mid-1990s.

Under the lease, the district had been paying the county $1 per year.

In addition to the county land, over the years, Portage Park District has also added 84 acres to Towner’s Woods, making the entire park 254 acres.

The property includes a circa-1913 switch tower that was once used to switch the lower set of tracks near the parking lot. Portage Park District Director Christine Craycroft said the building is in need of structural repairs that could cost about $80,000. The Park District has already upgraded the building’s electric and lighting systems, but did not want to take on the additional expense unless they actually owned the building, Craycroft said.

“It’s a win-win,” County Commissioner Vicki Kline said. “If we own it and they didn’t take care of it, it would be an expense to the county. We would have to do the repairs and everything, and we don’t do any of that now. The park system takes care of all of it.”

Owning the land outright provides the Park District with a second benefit, County Commissioner Tony Badalamenti said: “If it’s under their control, their board can apply for grants and be able to get them.”

Potential plans for the switch tower include using it as “a visitor center with educational displays and potential sale of food, beverages, and other park gift shop items,” Craycroft said.

Portage County’s parks are more than a place to hike and enjoy nature.

“When people are thinking about moving into our county, that’s one of the questions they want to know about: our parks system,” Kline said. “Even businesses, they ask about the park system when they relocate their business here. They want to know what kind of park system do we have, and what shape is it in.”

The county used federal funds to acquire the land in 1973, intending to establish water wells, but developed it as park land instead. The park has a rich history, home to Native American burial mounds and a glacial lake. It takes its name from a 1920s excavator, George Towner, according to “A Brief History of Towner’s Woods Park,” by former Park Director Allan Orashan.

Established in 1991, the Portage Park District was provided with a small operating budget and tasked with managing the county’s only park, Towner’s Woods. Grants and donations, and then a 10-year, 0.5-mill tax levy county voters approved in 2014, allowed the Park District to hire staff, purchase equipment, make park improvements, and match grant funds for new park land acquisition and development projects.

Since 2015, and excluding last week’s transfer, Portage Park District has acquired 1,043 acres of land and 1.2 miles of trail right-of-way, including:

The Park District also owns five preserves, none of which are open to the public: