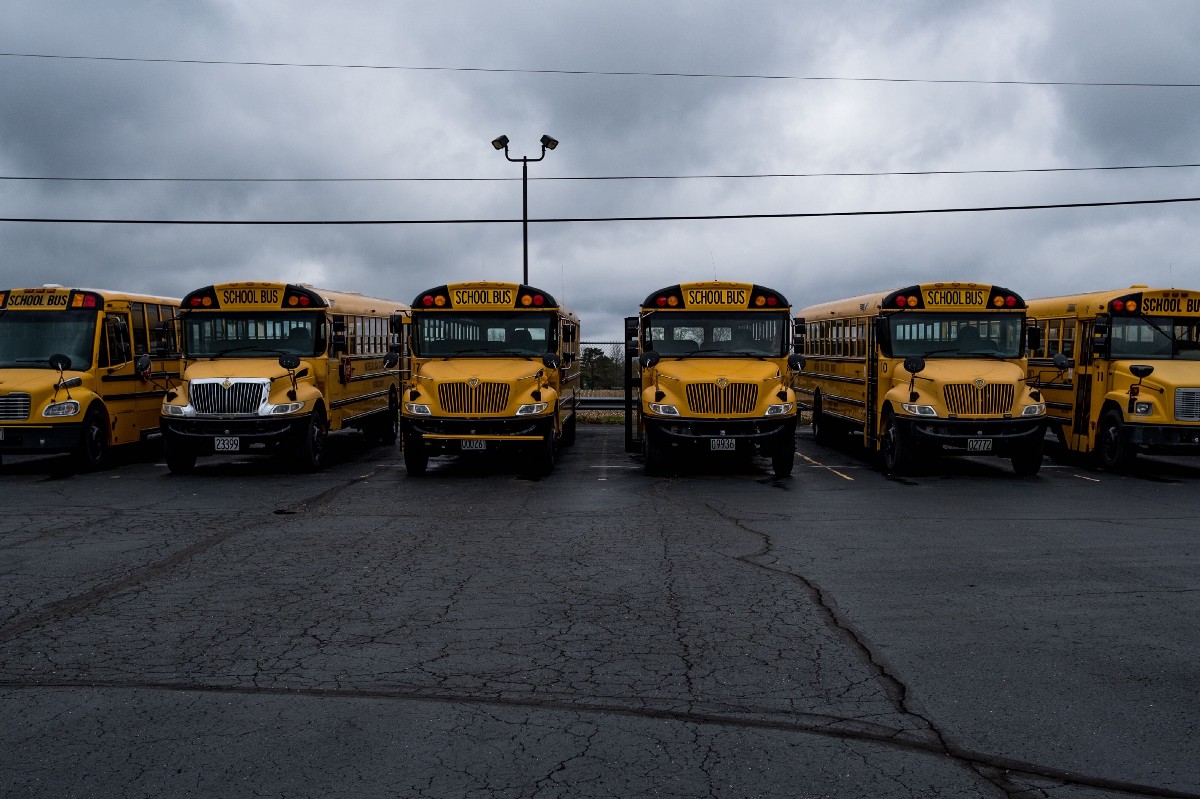 Some schools will cut jobs. Windham needs a boiler. ‘It’s discouraging,’ said one district treasurer. ‘Something needs to change with school funding.’

District administrators are still weighing the consequences of failed levies, but some said they will be forced to make budget cuts while they prepare a new effort to pass levies on the future ballots.

Crestwood schools needed to pass a 1.5 percent earned income tax, but the levy failed by more than 1,500 votes out of 7,261 cast, according to Portage County Board of Elections’ unofficial results.

“It was just shocking to see how much it failed by,” said Crestwood Treasurer Sarah Palm. “It wasn’t a couple hundred, it was like 1,000.”

Only twice in nearly three decades has the district garnered enough votes to approve levies that provide additional operations funding. The 1.5 percent earned income tax would have allowed the district to stop collecting on its current $1.4 million emergency levy, a four-year property tax renewed in November 2019. But since it failed, the district will likely have to continue collecting until that levy goes on the ballot again.

Because Crestwood has been operating on a budget that was only viable years ago, they are running a substantial deficit that increases yearly. Projecting a more than $1 million deficit by the end of fiscal year 2023, Palm said Crestwood plans to cut about $500,000 from its budget this year. That probably means layoffs, she said.

“If you look at the types of things that we can reduce, our greatest expenditure is salary and benefits,” Palm said. “So that equates to staff.”

At the end of the 2017–18 school year, the district cut $1.4 million out of its budget, forcing it to cut 12 teaching positions along with administrative and janitorial jobs. And when the pandemic struck the state government’s pocketbook in May, Crestwood lost nearly $400,000 in state funding. The district spent all of its CARES Act relief money on PPE, temperature scanners and desk dividers to keep students safe, Palm said.

“Everyone said it was going to be a tough sell to go in during a pandemic, but we thought it was a presidential election, so there’d be a higher turnout,” she said. “It’s discouraging. Something needs to change with school funding.”

The district’s permanent improvement levy is up for renewal in spring 2021, so Palm said the administration needs a month or so to weigh options for another attempt at passing the earned income tax.

Windham has no boiler

The levy for Windham Exempted Village Schools failed as well, but the margin was much closer: 705 for, 785 against. The levy would have created an additional 1.5-mill property tax, supplying the district with money to replace the high school’s 20-year-old boiler. Windham Superintendent Aireane Curtis praised the high school’s maintenance staff for keeping the boiler alive so long, but she said it’s beyond repair at this point.

“Just like in a typical family, when you have a big thing go out in your home, whether it be your heating, air conditioning, gas, whatever,” Curtis said. “It’s something that you don’t have that kind of funds sitting on hand to just say, ‘Oh, no problem.’ This is something that we definitely knew was coming and we were trying to be proactive and plan ahead for.”

The levy, Issue 29 on the ballot, would have cost Windham homeowners an additional $45.94 per $100,000 valuation each year for five years. But Curtis said she understands that the pandemic has tightened local families’ budgets. It threw a wrench in plans to inform voters about the levy as well, she said. Despite hosting meetings throughout October and posting about the levy on Facebook, Curtis said she felt some voters may not have known what they voted against.

Curtis said district representatives might have to go door-to-door to garner support for the levy’s next potential vote in the spring. Until then, she said, “I’m hoping for another mild winter.”

Although Rootstown Local School District’s levy wouldn’t have increased homeowners’ existing taxes, it too failed with 2,557 votes against and 2,140 votes in favor. Issue 24, a new substitution levy, would have essentially renewed the existing 4.67-mill levy with a caveat permitting the district to collect taxes on new construction.

Rootstown’s treasurer, Connie Baldwin, said the levy’s language may have led some voters to believe the substitution was a new tax. The district would have used the money for general operations.

“Every time we renew a levy, we get the same funds as were collected previously,” she said. “But of course, our salaries and specifically our health insurance costs, as well as our special education costs, are always continuing to grow.”

But the district still has two more chances to get the levy on a ballot, so Baldwin said she’s optimistic.

She said Rootstown’s Board of Education is still discussing whether a controversy surrounding the school’s mishandling of racist incidents and the subsequent resignation of Head Coach Troy Spiker impacted the levy’s failure. She said that situation, the pandemic and the levy’s failure have forced the Board to examine how it communicates with the community.

Waterloo’s financial woes culminated in February when Ohio’s Department of Education placed the district on the state’s fiscal caution list. The district failed to meet the department’s budgeting standards after its five-year financial projection showed a significant deficit.

School officials did not return calls for comment, but Waterloo Superintendent Shawn Braman told The Portager in July that he grieved losing teachers who could have spent generations making an “awesome impact” on students. The district had cut four positions after a previous levy failed.