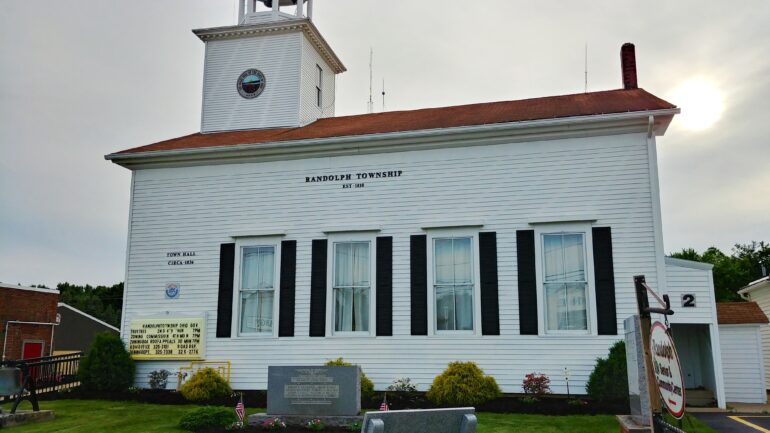 Brimfield trustees are focused on expanding the fire station and administration building. It is a two-phase project.

Phase one is the fire station side in which three fire bays are being added to the current three, plus new living quarters and new offices for the fire staff. Phase two will be the administration side. When the fire side is done, the firefighters will move out of the current side they are on into their new quarters, and that building will be activated.

The township is moving forward with the library project. The Portage County Library District is working in conjunction with the township to open a brand-new library branch in Brimfield. The township purchased the property a few months ago and is now under contract with an architect to do the renovation of that property. It should be going out to bid at the beginning of January for the construction process, which will involve the removal of one or two walls and new carpet and paint. The brand-new library is projected to open in mid-2023.

The township will own the building, but the library district will supply the employees, utilities and books. It is going to be located right across the street from the Kelso House, right behind Pizza Hut.

“With the growing community, the library is needed,” said Nic Coia, township board of trustees chair.

About a year and a half ago, Brimfield passed a resolution to do a land use plan, which is good through the year 2050. As part of that plan, the township is re-evaluating zoning codes and regulations in districts. Specifically, it is looking at how many zoning districts it has, what can be consolidated and what can be moved around.

“As part of that, we’re looking at the reduction of PRDs (planned residential development),” Coia said. “Those PRDs are districts in which you’d get cluster homes in country areas. It’s five acres per lot. PRD would allow them to squeeze that down to quarter-acre lots. We’re moving around where those PRDs can happen in an effort to protect the rural areas in our community.”

The township held its Christmas lighting ceremony Dec. 1. All the lights were turned on at the Kelso House for people to see. There were Christmas cookies and hot chocolate, a lighted walking path for families to go through and see all the Christmas decorations, Santa Claus arriving on a fire truck and live music for the kids. There were some nonprofit groups handing out goodies and meeting with the public as well.

Brimfield’s “Tour of Lights” is going on right now and will run through Jan. 2. Residents can find information on the township’s website and Facebook page. There are 13 houses that submitted to be in the competition. Residents can drive around the route that was put together for them. They can stop and look at all the houses. The houses have red signs in front of them that say their house numbers. Anyone can vote on the township’s website or Facebook page for which house they think is the best. A plaque will be awarded to the biggest vote getter at the end.

Tim and Mildred McGuire donated 40 acres to the township right off Tallmadge Road behind Kohl’s to be used as park land.

“We’ll be working on the new McGuire Park in honor of Tim and Mildred for their dedication to preserving the green space in Brimfield,” Coia said. “The property has woodlands, meadows and a six-acre lake.”

Dickey’s Barbecue Pit is scheduled to open in Cascades Plaza by Walmart on Tallmadge Road in early 2023.

Tamarack Ridge Skilled Nursing and Rehabilitation Center is tentatively scheduled to open in January on the corner of state Route 43 and Meloy Road. There was a recent ribbon-cutting ceremony.

Mogadore village council passed a resolution to authorize the village to execute an application for the Safe Routes to School Project through the State of Ohio.

“That means we’ll hopefully be able to get some sidewalks around O.H. Somers Elementary School. Some of the roads there don’t have sidewalks,” Mayor Mike Rick said. “We’re trying to get a grant to be able to provide some more sidewalks there so it’s safer for the kids to walk to school.”

Village council passed a resolution on an agreement to purchase a new EMS unit ambulance for the fire department. The cost is supposed to be approximately $260,000.

“We have two EMS vehicles now,” Rick said, “so once we get the new one, we’ll retire one.”

More than 1,500 people turned out Dec. 10 for the seventh annual “Mogadore Christmas in the Village.”

At the library, there were recorded performances by the elementary student bands, holiday crafts, hot chocolate and cookies, and balloon animals.

At the high school and middle school, there was face painting, holiday crafts, hot dogs and a mini tree decorating contest.

Activities at the Village of Mogadore Municipal Building included train rides on the Magical Train, activity books, coffee and snacks provided by Mogadore Methodist Church, a holiday sing-along with the high school choir at the gazebo, and a tree-lighting ceremony led by the mayor using a tree donated by the Mogadore Lions Club.

At the Mogadore Historical Society, there were Christmas stocking stuffers, train displays at the depot, Christmas treats and walks through the museum.

At My Community Life Church, there was Christmas music, a giant toboggan slide, special treats and “Create an Ornament” for the community tree.

Suffield held a Christmas light contest Dec. 11 at town hall. Santa Claus arrived on a fire truck, sat with all the children and gave each of them a free toy. Cookies, hot chocolate and coffee, and fruit punch for the kids were provided. Some Field High School students dressed as elves and passed out candy canes to the children. The high school choir sang for a half-hour. Some 200 people showed up.

“We’ve put up a pretty good light display the last couple years,” said Jeff Eldreth, township board of trustees chair. “The whole event was really nice. The Suffield League does a great job.”

The township held a Toys for Tots Dec. 2-4 at the Goodyear Wingfoot hangar. People could give a new toy to a Marine, and the Marines distribute them to needy children throughout the state.

“You could actually drive through the blimp hangar,” Eldreth said. “That was big for our township. We always have a lot of people come for that.”

Hamrick Manufacturing, a machine shop, will soon be relocating from Suffield to Brimfield.

“We tried our best to keep them here,” Eldreth said, “but it just didn’t work out.”

Randolph’s fire department is now open 24 hours a day, seven days a week. The new hours have been in effect since the middle of this year.

“It’s working very well,” township Trustee Sue White said. “We have a ton of calls, and we have a great fire department. I’m extremely proud of it.”

Said White: “Nick is just a citizen who wanted to do something nice for the children of Portage County.”

White made a point of mentioning how proud the township is of its road department.

In early January, a new gazebo will replace the present one on the corner of state Route 44 and Waterloo Road.

“The present gazebo is falling over,” White said.

Randolph holds a Senior Lunch the second Monday of every month. The one Jan. 9 will be at the community center, which is behind the library off state Route 44. Anyone is welcome to come no matter the age. Guests are requested to bring a dish to share and their own paper products.

A Christmas lighting contest is happening right now in Atwater. Whereas a few years ago there were nine participants, this year already there are double-digit participants signed up for the judging, which will be coming up soon. People decorate their houses, and then there will be an impartial person who goes out and judges them.

Uncle Tito’s Mexican Grill, located at 1312 OH-183, opened in September and seems to be doing well.

Conrad Disposal recently purchased a few more trucks, and the company is expanding its routes.

“It’s a very good service,” Kovacich said. “They’re responsible for the majority of the township. They do a hell of a job.”