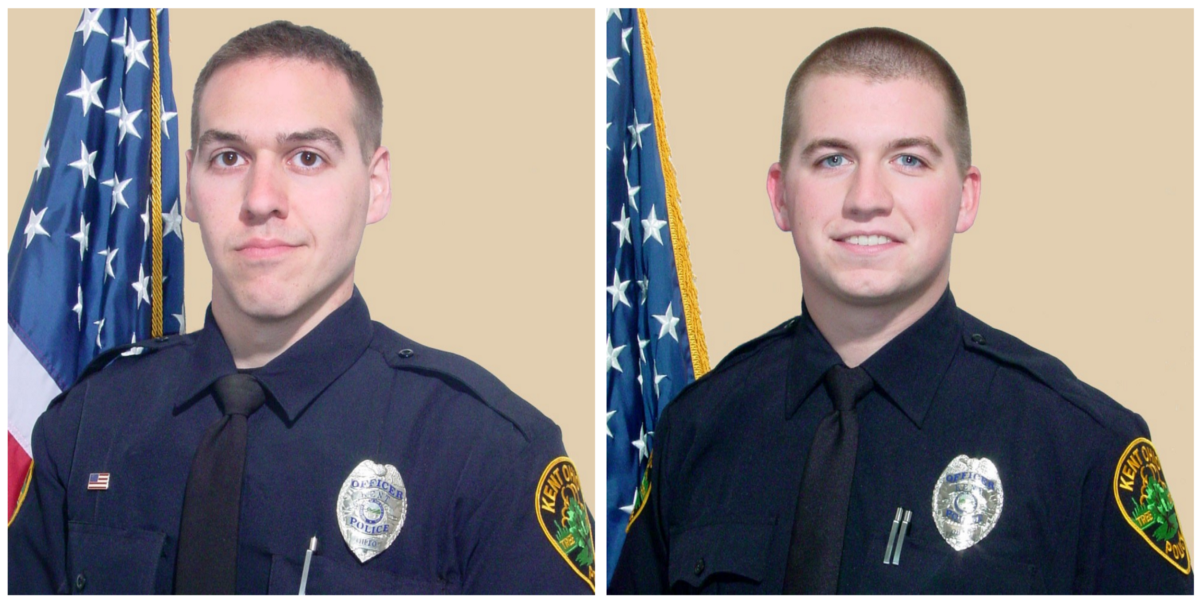 The person who placed a panicked 911 call to Kent police on Saturday morning was a 14-year-old babysitter, who locked herself in the bathroom with the 1-year-old infant in her care as an armed man forced his way into the Summit Street duplex, police said.

He identified the suspect as Dante Dixon, 40, of Cleveland Heights. Dixon knew someone who lived at the residence but was not home at the time of the break-in, police said. Dixon parked his car several houses down from the home he invaded, and his intentions remain unknown.

“Two Kent police officers were almost immediately engaged by the suspect … who was armed with a handgun,” Lewis said in a statement. “There was a struggle between Dixon and the officers inside the home and multiple shots were fired.”

In the gunfight, Kent Police Officer Lenny Kunka was shot in the hand and Officer Kyle Auckland was shot in the chest. Auckland’s bullet-resistant vest stopped the round, and police did not yet have details on the extent of Kunka’s hand injury. Both officers were released from the hospital Saturday.

Dixon was shot in the abdomen but continued to “resist and fight with officers” until Auckland, Kunka and other officers arriving on the scene handcuffed him, Lewis said. Dixon was released from surgery Saturday and arrested for aggravated burglary and felonious assault on police officers.

“The heroic actions of these brave officers prevented injury to anyone else inside the home,” Lewis said. “These officers selflessly put themselves in harm’s way to protect two innocent children from a gunman. We could not be more proud of these courageous and heroic officers, Officer Lenny Kunka and Officer Kyle Auckland.”

> Listen to the 911 call. The Portager has redacted the victim’s identifying information. The audio captures a tense situation and gunshots that some may find disturbing.

The investigation into the shooting is ongoing and we will continue to provide updates as more information becomes available.