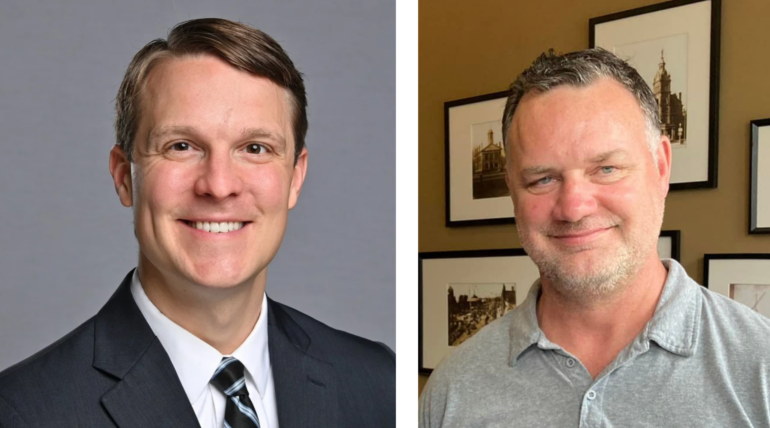 Suffield resident Matt Kelly edged out Deerfield Township fiscal officer Kristy Elliot in the Republican primary race for county auditor by an initial count of 4,313 to 4,099, according to an unofficial tally.

Brian Ames, a local government watchdog, finished third in the race with 2,135 votes.

“I’m impressed with the Republican vote that came out. [It] was great,” Kelly said. “But I am especially happy with the 4,313 voters that voted for me and got me through the primary. I’m excited to continue to have the opportunity to get into the auditor’s office.”

Kelly, who served in the Air Force and was a member of the Mogadore Village Council, said the level of turnout and quality of his opponents made the victory a meaningful one.

“I was running against two very worthy competitors,” he said. “Kristy has good experience, good education and she already works in a fiscal office, and Brian is incredibly smart. I’m glad there wasn’t anything adversarial about the race. I wouldn’t run a race like that anyway.”

Kelly said his successful primary campaign was based on getting residents to know his name and character, but in the general election he plans to focus on his vision for the auditor’s office.

“I think that only goes so far: You can be likable and have the qualifications, but you have to have a plan,” Kelly said. “Very soon I will start to communicate what my vision is and it will be very clear to people what my plan will look like if I’m elected.”

Facing Kelly in the November general election will be sitting Portage County Treasurer Brad Cromes, who received over 7,000 votes despite running unopposed in the Democratic primary.

“It’s an honor to be nominated, I take very seriously the trust people put in me as the nominee for the Democratic Party for this office,” Cromes said. “I’m looking forward to running the campaign and, now that we are past the primary, focusing on making the case for the brand of leadership that I have brought to the treasurer’s office and how that might apply in the auditor’s office this fall.”

Though he was unopposed, Cromes said the number of votes cast in this primary and the close nature of the Republican primary shows large interest among the community in who will replace longtime county auditor Janet Esposito, who is retiring.

“I think that there is energy [in] the conversation about how we maintain the strong parts of our current county auditor’s legacy and where there might be opportunities to improve things,” Cromes said. “I think that speaks to why there were multiple candidates on the [Republican] side; there were a lot of engaged people this cycle.”

Cromes said his focus in the general election will be on meeting with members of the community to find out what they want from an auditor, as well as telling them about his previous work as a public official.

“I am proud of the work we have done [in the treasurer’s office] to modernize our services and to offer new and better ways for folks to interact with us,” he said. “I would be looking to see how we might leverage [those tools] to better serve the people of Portage county through fair assessment practices, through the use of technology and to deliver government directly to the folks that we serve.”