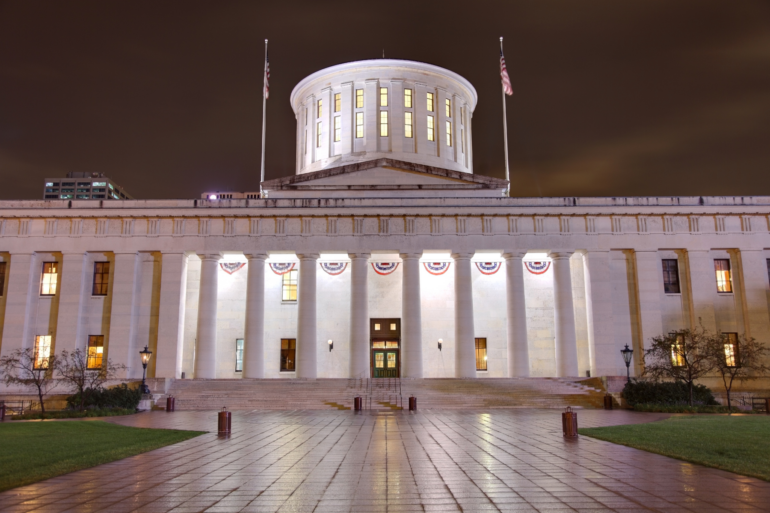 Kent City Council voted 6-3 to pass a resolution condemning the Supreme Court ruling on Roe v. Wade and the Ohio House Bill 69, or the “Heartbeat Bill,” which went into effect in its wake.

The resolution was brought by Council Member Gwen Rosenberg, who read a letter she had prepared to explain her motion.

“I have received many letters from Kent residents, which I have provided to council and the mayor, expressing fear, concern and horror at the potential for harm directed at Ohio’s childbearing population,” Rosenberg said.

Rosenberg shared eight emails she had received from residents expressing similar sentiments and said she had personal conversations to that effect as well.

“Additionally, the Ohio bill is particularly barbaric,” she said. “There are no exceptions for rape, incest or even age. Our state and federal elected officials have demonstrated a lack of basic understanding of human biology, health care and reality in enacting this law.”

“We are called leaders for a reason,” Shaffer Bish said. “It is unprecedented for these rights to be taken away, and our gerrymandered state legislature is making this decision for all of us, taking away our right to choose. And we have a chance to speak out in a formal way. I believe the majority of the people would support us, and it’s our job to be leaders.”

Garret Ferrara, council member for Ward 1, spoke out in opposition to the move. He said he did not believe council should speak on behalf of the community about “such a contentious issue.”

“I don’t see how it behooves council and the administration to write a letter when there are so many people who are so passionate on both sides,” Ferrara said. “I don’t want to take a side, but if you feel that strongly you should write a letter to your … state or federal legislator. I don’t want to speak on behalf of either side.”

Council Member Robin Turner argued it was not unusual or inappropriate for Kent City Council to make a statement condemning a state or federal decision, and that it was an important part of the council’s role.

Roger Sidoti said he believed HB 69 was “poorly written” but that he did not support Rosenberg’s resolution in its entirety so he would not support it.

“I think that we are in control of our own morals and where we stand morally,” Sidoti said. “And I may find a law in my mind to be immoral, but that’s my moral, we hold those morals. So I would say I can, I could support a statement that says, ‘We feel that the law is poorly written,’ but to be so specific with it, I won’t vote for it at this point.”

Ultimately Rosenberg and Shaffer Bish were joined by Turner, council members Jack Armhein and Michael DeLeone in supporting the resolution, which will be written by the city administration.

Ferrar, Kuhar and Sidoti voted against.

“Don’t put my name on it,” Kuhar said after the vote.

“Yeah, there is a mixed feeling, but it is a council vote as a resolution,” Turner said. “We’re speaking as a council.”