Franklin Avenue will transform to an outdoor dining area 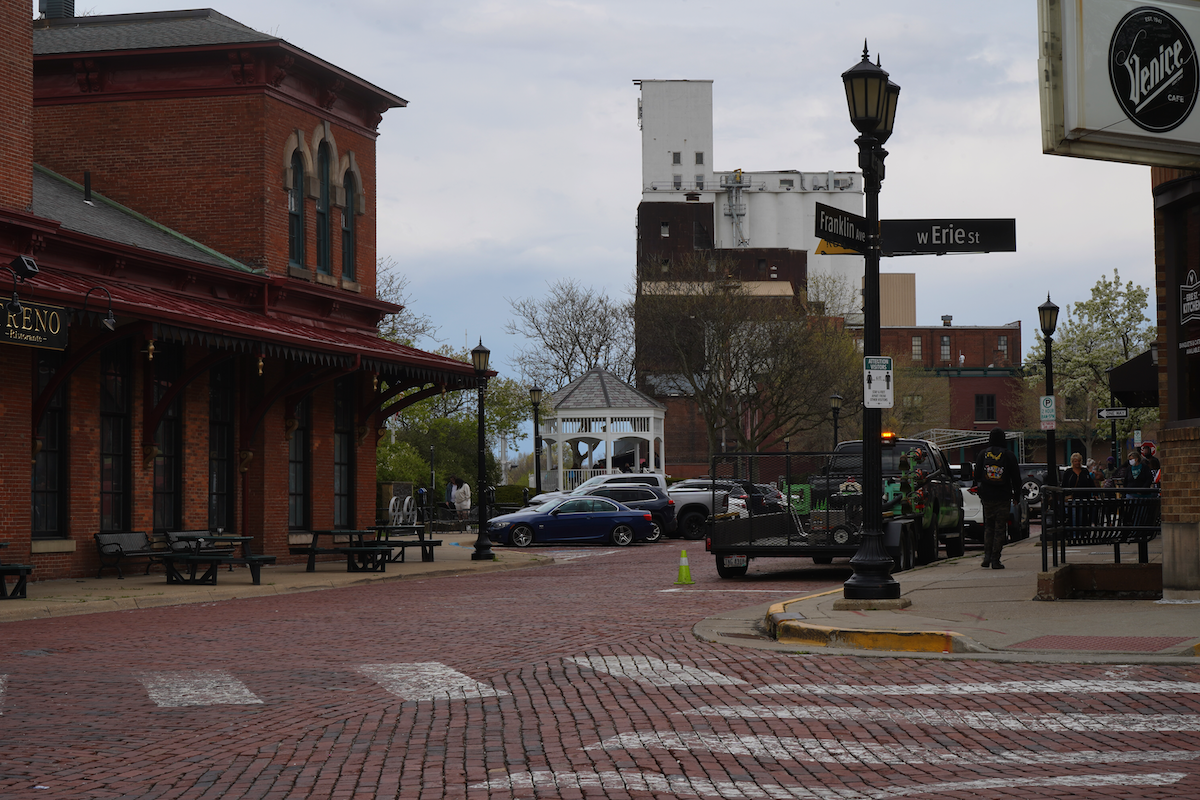 Outdoor seating is coming back to Franklin Avenue, giving Kent’s downtown businesses another season of reprieve from the economic fallout of the pandemic’s social distancing requirements.

Council will monitor the effectiveness of the road closure, and will determine the appropriate time to re-open Franklin Avenue.

Main Street Kent will be tasked with the area’s maintenance, receiving up to $7,500 from city coffers for its services.

Another part of Franklin Avenue is already closed from 12 a.m. to 2 p.m. Saturdays to accommodate the Haymaker Farmers’ Market. That closure is from West College Street to the Hike and Bike Trail, leaving The Pub’s parking lot open.

Residents can still pull in to launch their canoes at the Middlebury ramp but may not park on the road. Bowling said his staff is working on long-term measures to accommodate off-road parking to enable convenient use of the boat ramp. On-street parking will be permitted from Akron Boulevard to Haymaker Parkway.

Council heard from Kent residents Howard Boyle, David Sommers, Doug Fuller and Paula Treckel, who all urged council to maintain the historic character of the West Side Fire Station rather than proceeding with proposed alterations. The building’s flat roof is a key element of the original historically significant design, they said, but city leaders have approved a gabled roof.

Sommers, a Kent architect, was involved in an earlier renovation that included a sloped roof on an addition to the station. But he said he now regrets that decision and urged council to retain the flat roof.

Council member Tracy Wallach agreed and spearheaded council’s decision to revisit the issue. City Manager Dave Ruller disagreed, saying the renovation project has already been bid and that “the building is borderline uninhabitable.”

The historical significance of the building amounts to “a difference of opinion,” he added.

Angela Manley will be the City’s new Parks and Recreation director, potentially ending a revolving door of leadership at the Parks Department.

Manley replaces former director Kevin Schwartzhoff, who served for about a year, having replaced long-time director John Idone, who retired in June 2019. Kent Service Director Melanie Baker has been doubling her duties, servicing as Interim Parks and Recreation Director since Schwartzhoff left Dec. 31.

Manley was formerly Macedonia’s Parks and Recreation director, where she served for 14 years before resigning in 2020.

The parks board recently welcomed Steve Mitchell as the new parks board member and chairperson. Kathleen Wiler, who filled an unexpired term left by Jack Neuzil, renewed her five-year commitment to the parks board.

Council also accepted the donation of a container that will be used to collect aluminum cans for the Akron Children’s Hospital burn unit. The Kent Fire Department has been a collection site for this program for a number of years, partnering with Republic Services, LaMancusa Auto Body, Advanced Display and Marci Matthews with the Cynthia Parker Matthews Foundation.

The container will be located between the new City Hall and the Main Fire Station.