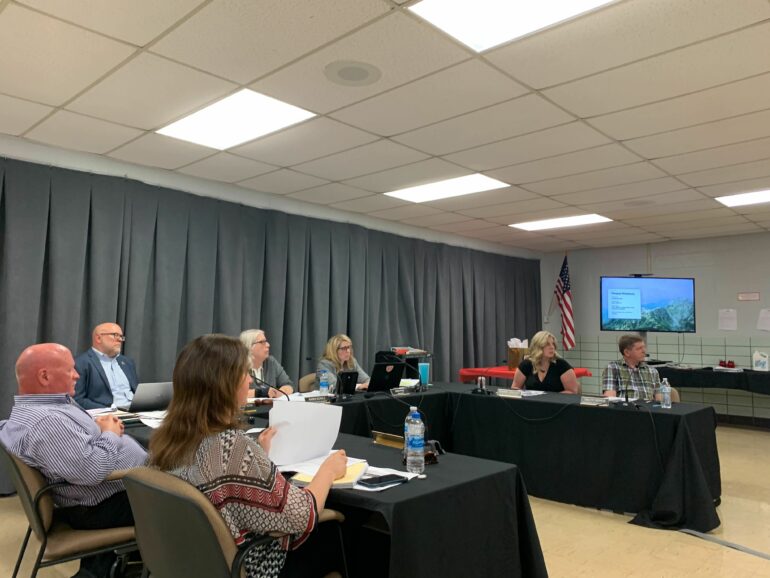 The Crestwood Board of Education listens to a teacher speaking during the May 10, 2022, board meeting. Owen MacMillan/The Portager

The Crestwood Local Schools Board has decided to postpone indefinitely a resolution which would have banned social and emotional learning (SEL) from the district.

At the beginning of the meeting the board voted to postpone the vote by one month, but after two hours of discussion and following appeals from board member Todd Monroe and nearly 10 Crestwood teachers, a guidance counselor and parents, the board agreed to move on from the topic entirely, postponing it with no date set to revisit.

Meanwhile, a resolution to ban critical race theory (CRT) — a concept in legal studies exploring the intersection of race, law and society — from Crestwood curriculum was also on the docket.

The resolution was defeated unanimously but only because it contained a typo, referring to Board Policy 2240, Section 3, which does not exist. It is possible the resolution, which was drawn up by the school district’s attorney upon board request, meant to refer to Section C of the same document.

The resolution will be corrected and returned to next month’s board meeting.

Monroe took a hard line on the vote, asking fellow board members who were in favor of the resolution to explain why it was even necessary.

“We should not even be voting on this. It’s an embarrassment,” he said. “This is political grandstanding for nothing. It’s a moot point. It’s not in the curriculum [and] we are embarrassing ourselves.”

Neither Kristen Cavanaugh, Bonnie Lovejoy nor Tim Herron explained why they wanted to ban critical race theory, a concept which has never appeared in Crestwood’s nor in the state curriculum because it is a framework relevant mainly to legal theorists, not K-12 students.

But they did agree “I don’t want it taught in the district,” all of them said.

Lovejoy said she had been approached by a number of community members concerned about critical race theory in Crestwood schools.

Social and emotional learning is a system of teaching students to understand and share their emotions, and it seeks to build empathy, teamwork, leadership and community, according to the Ohio Board of Education. The state board formalized SEL standards in 2019, which contain five basic “competencies.”

“First of all, personally, we shouldn’t be going through any of this at all,” Monroe said. “There’s nothing wrong with SEL, it’s not tested, it’s not classroom instruction. But you know there are these five competencies: self awareness, self management, social awareness, relationship skills [and] responsible decision making. I have no idea what is wrong with [those].”

The members of the board said they were still unclear about what exactly they were trying to ban, and wanted to discuss the motion further at a later point in the meeting.

Seven faculty members spoke out in support of social and emotional learning, explaining that it is crucial to their everyday work as educators.

“Social emotional learning is ‘how do we help a kid be OK so that they can learn,” said guidance counselor Karen Graves, who serves high schoolers. “Are they going through something at home? What are they going through in their life, and why might it be challenging them to learn math? Before they can learn about concepts such as statistics, they need to be in a place where they can let their mind relax and be in the moment to learn that concept.”

Many teachers expressed that the language in the resolution, which “prohibits the inclusion of the SEL Standards,” might limit their ability to connect with students, and would make them fearful of disciplinary action for doing things like breaking up a fight or asking a student how they feel.

Teacher Eddie Judd, who also serves as co-president of the Crestwood Education Association (Crestwood’s teacher’s union) expressed his concern with the vague language and the implication that the board would insert itself between teachers and students.

“We are the eyes and ears and hands of the plan,” Judd said. “[Our guidance counselors’] expertise is to come up with this wonderful plan to remove those educational barriers, and it is our job to implement it.”

Monroe talked about how when he went to school and first started teaching, the default was to punish children harshly.

“It’s horrendous. Think of all the kids over the decades who were lost, truly lost,” he said. “And over time we as educators figured this stuff out; good teachers learned to treat kids well.”

Monroe argued that SEL was just a formalization of this desire to treat kids well.

Cavanaugh, who voted in favor of drawing up the SEL resolution, said she did not want any of the work teachers and counselors do on a daily basis to go away. But she said there were other aspects of the state SEL standards which she did not want taught. She did not specify them, however.

“The majority of the board has those two sections that we do have a little bit of an issue with,” she said without clarifying.

Multiple members of the board and superintendent David Toth referred to these issues as having been discussed, but did not repeat in the meeting what they were specifically.

Cavanaugh was joined by Lovejoy and Herron in generally opposing these unspecified aspects of social and emotional learning. The main issue they have with SEL is a perceived connection to critical race theory, according to their comments during a previous board meeting.

Correction: An earlier version of this article referred to board member Todd Monroe as James. 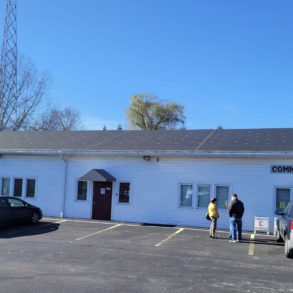